Honda driver Monteiro was involved in a high speed crash at the Spanish circuit's first corner earlier in September.

He was assessed at the track's medical centre before being taken to a local hospital while fully conscious.

An initial MRI scan detected no injuries, but Monteiro was kept in for observation as he recuperated in the days following the accident.

The 41-year-old was reassessed on the Monday after his crash, and last Friday was transferred to a hospital in his home country of Portugal.

Monteiro began his full recovery process on Thursday, and a day later posted an update to say he would be returning home.

"[The] last two weeks weren't easy but with all this support it made it not so hard," he said.

"Today [Friday], 16 days after my accident I am finally going home to continue my recovery.

"Thank you also to all the amazing people from the hospital."

Honda had previously stated it expected Monteiro to "return to full fitness" in time for the next round of the WTCC season at the new Ningbo circuit in China on October 14-15.

Monteiro is 12 points clear of nearest his nearest rival, Volvo's Thed Bjork, in the drivers' standings and 29 clear of factory team-mate Norbert Michelisz. 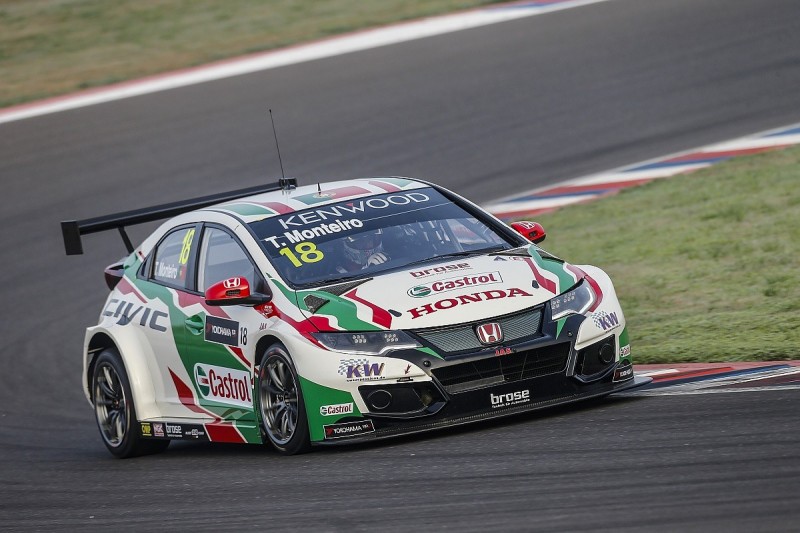