The Hungarian shot to the top of the timesheets with the weekend's first sub-53s lap, and then watched as his main rivals either fell short or committed errors while trying to depose him.

Alex MacDowall proved to be Zengo driver Michelisz's nearest challenger, moving his Bamboo Chevrolet onto a share of the front row minutes from the end of qualifying.

Others were still on fast laps however, including champion elect Yvan Muller and works Honda pair Gabriele Tarquini and Tiago Monteiro.

All three were undone by errors: Muller went too deep into Turn 1 and had to save a lurid sideways moment; Tarquini ran off and through the gravel at Turn 3, while Monteiro followed up a new overall best in the first sector by surrendering seven seconds in the middle split.

Pepe Oriola meanwhile will share the fourth row with Tarquini.

Rob Huff and James Thompson just made it through to Q2, but were unable to crack the top 10 - Huff missing out by just 0.069s - and will therefore share the sixth row for both races. 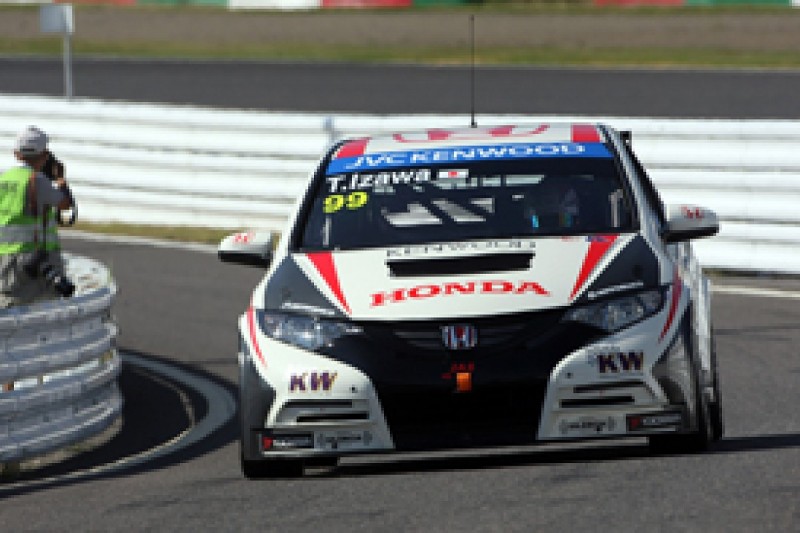 Huff had been on the brink of a Q1 exit, but was ultimately able to seal his progress by just two hundredths of a second.

Charles Ng was the man who came closest to denying Huff, although Marc Basseng, Takuya Izawa and Fernando Monje all came within two tenths of making it through to the pole shootout.

Izawa was best of the newcomers in 15th, but Nika's Hiroki Yoshimoto could have denied him the honour but for mistakes on successive quick laps.