Elfyn Evans admits his World Rally Championship title chances have dropped from “bad to worse” after a gearbox drama effectively ended any podium hopes at the Acropolis Rally.

Last year’s championship runner-up was in need of a strong result to stay in touch with points leader Sebastien Ogier, but is now left fighting for the minor placings after a transmission issue plagued his Friday.

Evans headed into the day sitting second overall after Thursday night’s Super Special and remained firmly in the hunt after the first of Friday’s gravel stages.

However, heading into the regroup before stage four, his Toyota Yaris developed a gearbox issue that resulted in Evans being late to check in, costing him a 40-second penalty.

The Welshman then had to complete the majority of the remaining three stages stuck in gear, which further haemorrhaged time.

Without a mid-point service to repair the car, Evans successfully managed to navigate the stages to reach the end of the day service sitting 16th overall, 4m46.7s adrift.

“It was quite a last-minute thing before we went into SS3, everything was fine after SS2,” said Evans.

“When we then put the power on and started to drive towards the stage, we found that we had an issue, so we then tried to find some quick remedies but unfortunately picked up some time penalties and then more again later trying to find some results with the problem. Unfortunately it was back to square one. 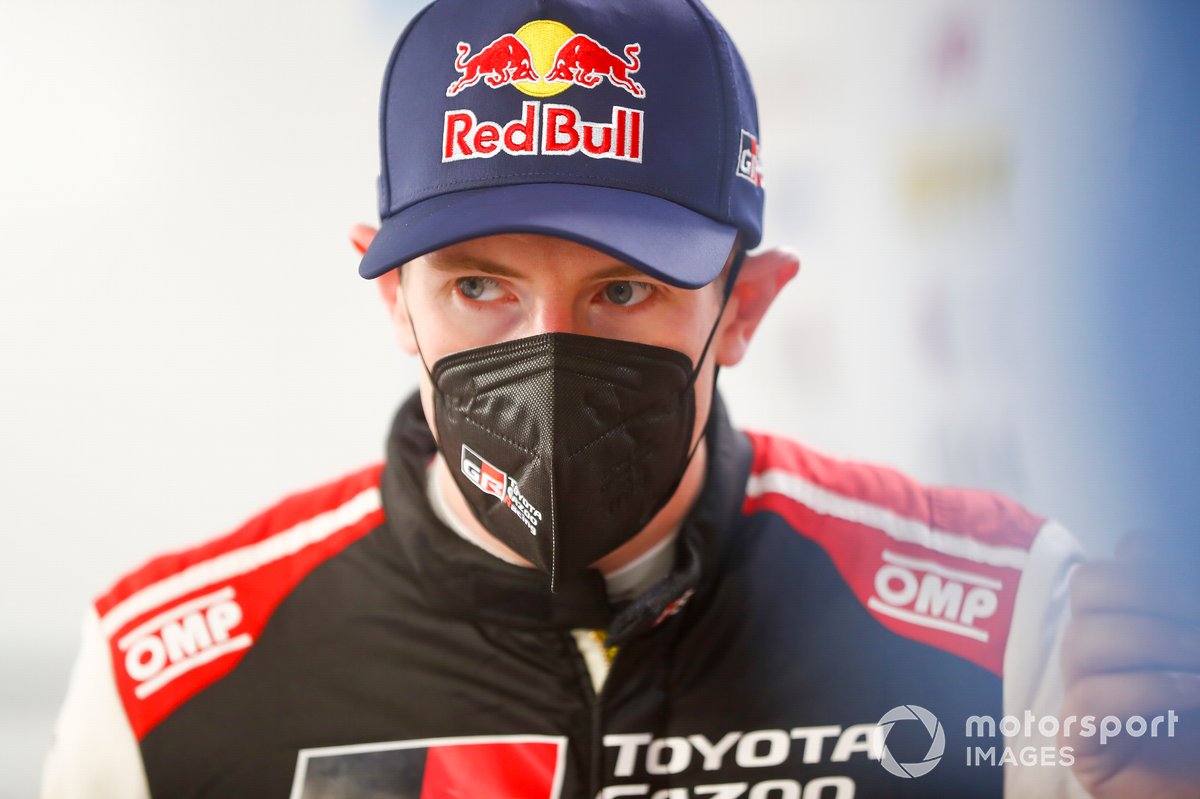 “My paddle [shift] was not working at all basically but I had the means to go up but not down so then it was a case of, if you try your luck let’s say for certain sections to go up a gear, you struggle a lot then when it gets tighter.

“I think we tried to do what we could and the team was working behind the scenes, but there is only so much you can do in that situation.”

With team-mate Ogier within striking distance of the rally lead in third just 3.9s behind Kalle Rovanpera, Evans says his title hopes look much worse than they did at the start of the day.

“I mean the situation wasn’t looking great anyway so it’s gone from bad to worse, but it’s the name of the game,” said Evans, who is confident his gearbox problem will be fixed for Saturday’s action.

“I don’t think I’ve had really one technical issue since I’ve joined this team so, at the end of the day, these things happen and it’s a very rare occurrence here so I’m sure it’s just one of those things.

“I’m quite sure it is fixable let’s say there is nothing obvious with the information they had. I’m sure they can get on with it and get it sorted.”

The Acropolis Rally continues on Saturday with a further six special stages.