Sebastien Ogier kicked off the World Rally Championship’s return to the Acropolis Rally by winning the opening Super Special stage in front of a bumper crowd in Athens city centre.

The championship leader put on a spectacular yet slick performance to chalk up a stage win by 0.6s from Toyota team-mate and title rival Elfyn Evans.

The rally’s return after eight years away from the WRC began with a fan friendly blast around an 0.98km asphalt super special stage in the centre of Greece’s capital, in the shadow of the famous Parthenon.

It is the event's only tarmac stage before the rally returns to traditional rough gravel roots, with crews completing the test on the gravel tyres they will use in Friday’s first three stages.

After heavy rain and fog plagued the lead up to the event, skies cleared for the opening stage.

Ogier was the last of the top runners to complete the stage and the Frenchman made no mistakes on the tricky course that included a couple of roundabouts.

“I am really happy to come back on these roads,” said Ogier. “We have a job to open the road first tomorrow, but we will do our best with the situation because it's a rally I like." 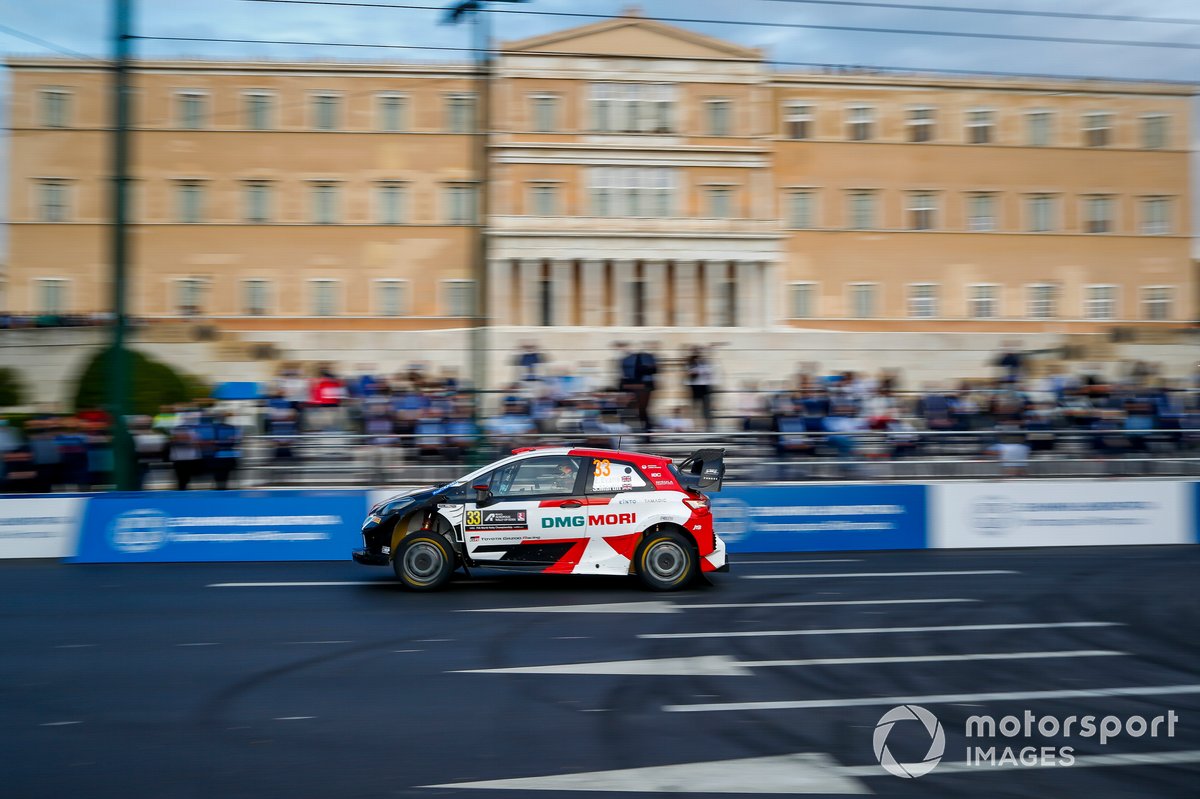 Winner last time out in Belgium, Thierry Neuville was fourth fastest - a tenth of a second ahead of Hyundai team-mates Dani Sordo and Ott Tanak, who clocked identical times on the stage. It was the first WRC stage for Sordo and new co-driver Candido Carrera.

M-Sport’s WRC duo of Gus Greensmith and Adrien Fourmaux were unable to match their WRC rivals ending the stage 17th and 21st overall. Hyundai’s 2C Competition entry for Pierre-Louis Loubet was 20th on the timesheets.

The rally proper begins on Friday morning with five special stages, beginning with the first pass through the Aghii Theodoroi test at 0818 BST.

Crews will have to navigate the stages without a midday service, only a tyre change zone after stage 3 will break up the day.