Championship leader Thierry Neuville matched Latvala's time in his Hyundai, leaving the Belgian well-poised for an assault on the lead heading into Friday's opening loop of stages. 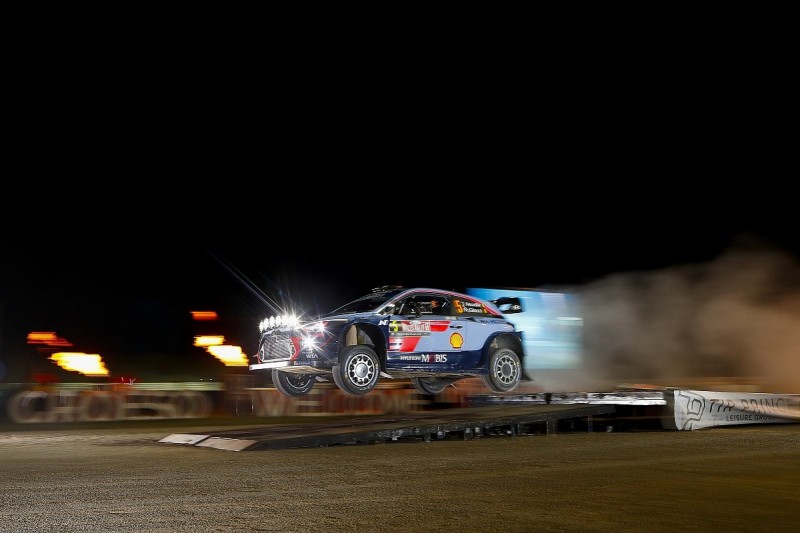 Four-time Rally GB winner Ogier lies just 0.4s behind Neuville, with Tanak - who suffered a crash in shakedown earlier in the day - a further 0.2s back ahead of the first leg proper.

Behind Mikkelsen was the third Hyundai of Hayden Paddon, the Kiwi setting the seventh-quickest time ahead of the impressive WRC2 runner Kalle Rovanpera in his Skoda Fabia R5.

Rovanpera set exactly the same time as shakedown pacesetter Teemu Suninen (M-Sport Ford Fiesta), while Craig Breen was the best of the Citroens in 10th.

It was a disappointing opening stage for 2017 Rally GB winner Elfyn Evans. The M-Sport driver tied with Ostberg and lie three seconds shy of Lappi.