Kalle Rovanpera chalked up a second career World Rally Championship win in style with victory at the Acropolis Rally on its return to the calendar after an eight-year hiatus.

The Toyota driver took the lead after Stage 3 on Friday before blitzing his rivals on Saturday morning to set up the win, after transforming a 3.7s margin to 30.8s heading into the final day.

The Finn then destroyed the opposition again with superior pace in the wet on Sunday morning and then blitzed the Power Stage to claim victory and the full bonus points.

Rovanpera was untouchable at times tackling Greece’s iconic gravel stages in both dry and wet conditions, ending the rally 42.1s ahead of Hyundai’s Ott Tanak, who was his nearest rival throughout the 15 stages.

The win arrives in only the second event after recording a maiden WRC triumph at July’s Rally Estonia, where he became the championship’s youngest ever winner at 20-years-old, alongside co-driver Jonne Halttunen.

Toyota’s Sebastien Ogier completed the podium in third 1m11.3s adrift but took a decisive step towards an eighth WRC title as championship contenders Elfyn Evans and Thierry Neuville could only finish sixth and eighth overall, after recovering from mechanical issues significantly delayed the pair on Friday.

As a result, Ogier extended his championship lead to 44 points over Evans with three events remaining. 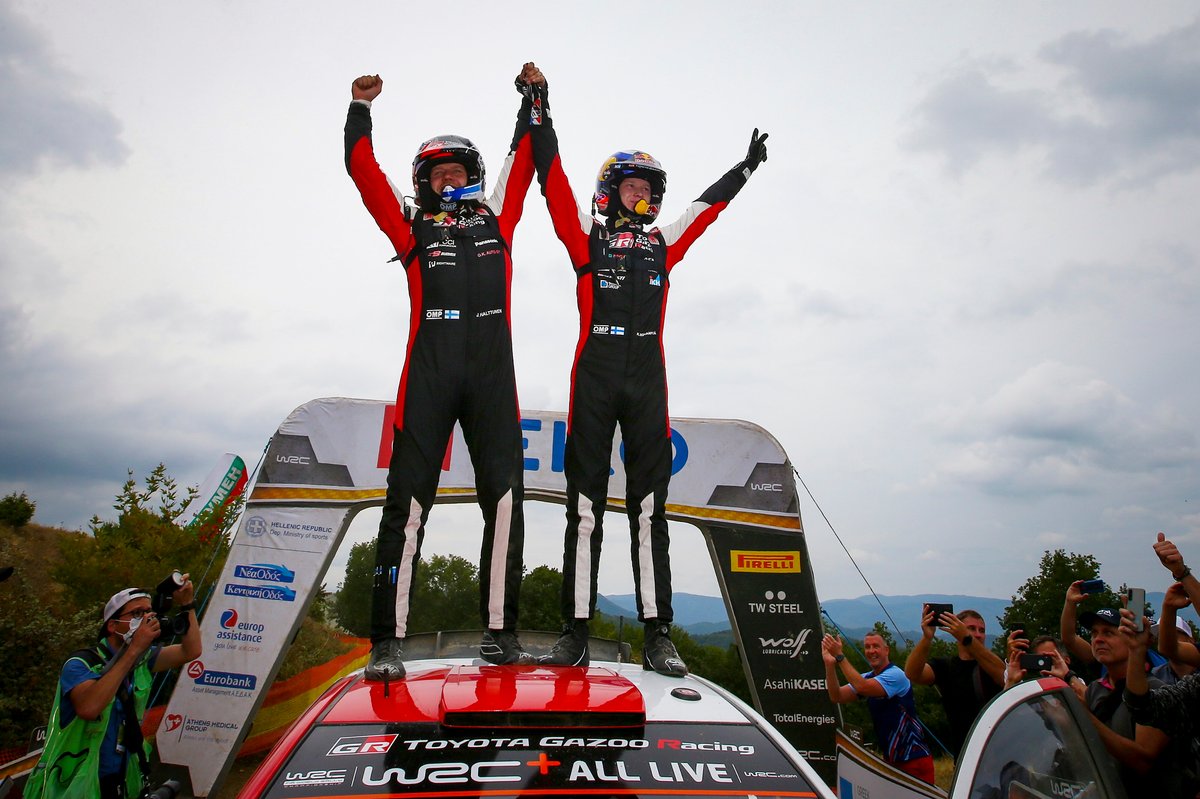 Hyundai’s Dani Sordo came home in a lonely fourth ahead of M-Sport’s Gus Greensmith, while a rally long battle with team-mate Adrien Fourmaux was decided by an engine issue for the latter before Sunday morning’s Stage 13.

The Frenchman copped a three-minute penalty for checking in late and was left to to settle for seventh overall.

A shortened version of the rally's iconic Tarzan stage, that crews navigated earlier in the day, hosted the final Power Stage.

Rovanpera highlighted his dominance in Greece by taking his eighth stage win as he edged Evans by 1.2s to complete a perfect drive, taking the five bonus points in overcast conditions.

Ogier picked up three extra points after clocking the third fastest time ahead of Neuville and Tanak, with the Estonian suffering an issue with his car before the stage start.

Tanak was seen leaving the start line in cloud of blue smoke but it didn’t stop him from completing the stage.

Fourmaux was the only driver to have a moment in the stage as he spun his Fiesta, costing valuable time that dropped him to seventh on the stage times. 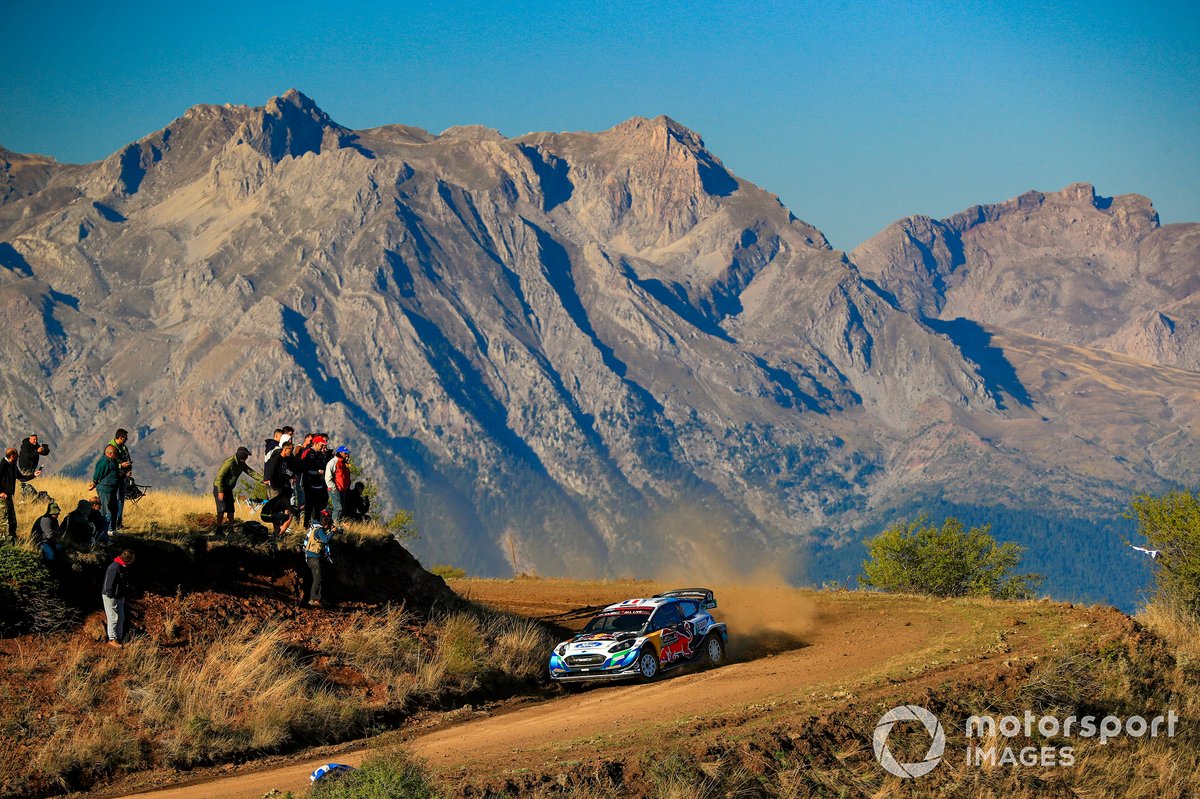 The WRC heads to Rally Finland for the next round of the championship from October 1-3.

UPDATE: Rossel has been disqualified from the results after the front subframe was found to be overweight but the driver has elected to appeal the decision.