Kalle Rovanpera has become the youngest winner in World Rally Championship history after scoring a breakthrough victory at Rally Estonia.

The factory Toyota driver produced a measured drive on Sunday to complete the 24 stage gravel rally 59.9s ahead of Hyundai’s Craig Breen, who equalled his best WRC result on his first top flight drive on gravel since last year’s Rally Estonia.

Rovanpera and co-driver Jonne Halttunen emerged as the crew to beat on Friday after a series of fastest stage times earned him an 8.5s lead over Breen. However, a stunning performance in Saturday’s opening stage more than doubled his advantage to set up the win, but it was a mature drive that followed to complete the victory.

Victory in Estonia has seen the 20-year-old, son of former WRC rally winner Harri Rovanpera, take over the mantle of youngest ever WRC winner from his Toyota team boss Jari-Matti Latvala, who triumphed in Sweden for Ford in 2008, aged 22.

"It has been a difficult season and it's really nice to get it here in Estonia. It's almost a home rally and a lot of fans were here supporting,” said Rovanpera.

"It has been a long season so far with not so good results, but we proved that the pace is there and now we can bring it home which is good." 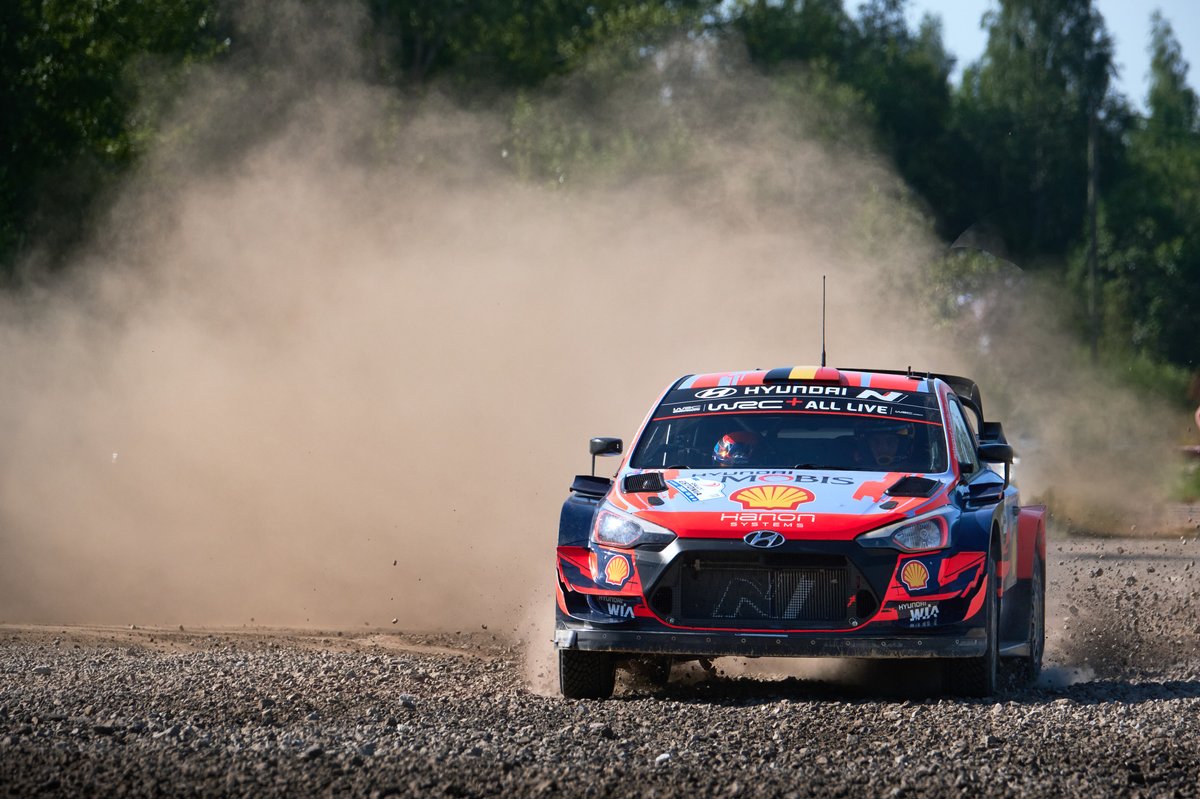 M-Sport’s Teemu Suninen survived a couple of wild moments on Sunday to claim sixth with Hyundai’s Pierre-Louis Loubet in seventh.

Pre-event rally favourite Ott Tanak was forced to restart on Saturday after retiring with a double puncture on Friday. However, the Estonian showed his pace by claiming the most stage wins with 11 in the books, including the points-paying powerstage.

Tanak started the final loop of stages by returning to the top of the timesheets as he edged Neuville by 0.2s on the stage that he had shared the fastest time with the Belgian earlier in the morning.

Ogier was third fastest ahead of the measured Rovanpera, while Suninen was lucky to save a wild tank slapper that threatened to end his rally two stages from the end.

Neuville won the penultimate stage by 0.1s from Ogier, but it wasn’t without drama after the former checked into the stage one minute late, resulting in a 10s penalty.

The sanction reduced the gap back to Ogier in fourth overall to just 10.7s with the final stage remaining.

“I don’t know what tactics that could be,” said an angry Neuville when asked why he was late.

Unlike all the previous stages, the final test was a mix of gravel and concrete sections to provide a final twist in the tale.

Gus Greensmith put down the first benchmark in the powerstage but that was quickly obliterated by Tanak to the tune of 10.5s.

Suninen was next onto the stage but a half-spin ended his hopes of powerstage points.

Evans and Ogier both struggled and failed to topple Tanak and Neuville also fell short of his team-mate.

In the end, Tanak took the full points from Neuville, Ogier, Evans and Rovanpera.

In WRC2, Andreas Mikkelsen (Skoda) took the victory by 15.2s from Citroen’s Mads Ostberg, who had to battle a brake problem, while Marco Bulacia was third.

The championship heads to Belgium for Rally Ypres from 13-15 August.