World Rally Championship events are building dangerous artificial jumps that should be outlawed, according to leading WRC drivers

Toyota's Ott Tanak had to retire from third place on Rally Italy last week after an incident on what many felt was a badly built jump on the Monte Baranta stage.

"We all agreed as drivers, it's not clever to build these artificial, short, kicking jumps in the middle of a long straight," Ogier told Autosport.

"I have nothing against jumps, I love it and they can make as many jumps as they want, but make them progressive and not the ramp so sharp and short.

"We come in sixth gear and it's stupid. It's bad for the World Rally Car, but I really would not want to do this jump in an R5 car."

M-Sport team principal Malcolm Wilson said a crash for MRF Ford Fiesta R5 driver Guarav Gill showed Ogier was right about the perils of the jumps for cars in the lower classes.

"Some guidelines for building the jumps would be a good idea," Wilson said.

"Gaurav destroyed the front of his car on that jump.

"It's just not very sensible." 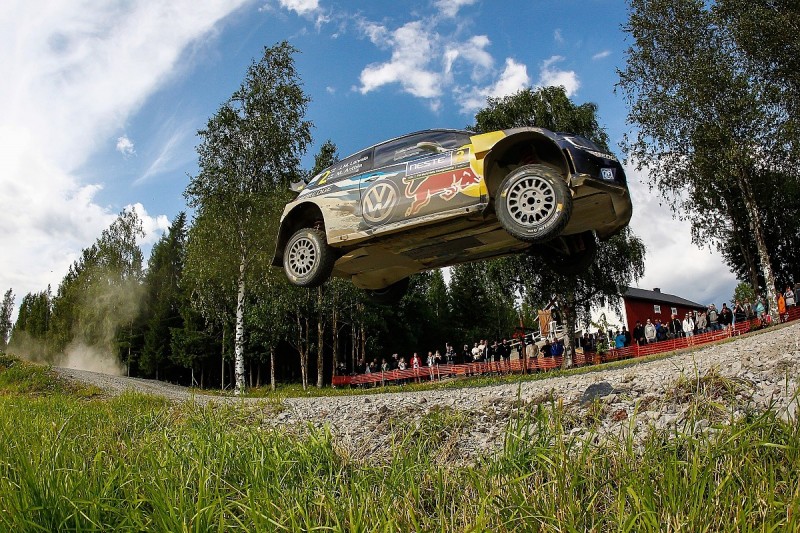 The handmade jump held up as the perfect model is the one Tommi Makinen had created for his corporate hospitality on the Ouninpohja stage in Finland (pictured above).

"You can go really flat over that jump, it looks good and it's easy on the car because we made it without a short [ramp]," Makinen said.

"There's no point to make something unnatural which is only breaking thing.

"For Ott, the suspension had no chance after this jump - he didn't land on the wheels, he landed on the front bumper!"