A three-time winner in the series, Mikkelsen has been without a drive in the WRC's top division since he was released by Hyundai at the end of last season.

The Norwegian is currently working on a deal to be on the start line for next month's Rally Monza in Italy, although it remains unclear which car he will take to the final round of the WRC in northern Italy.

Rally Monza organisers released details of the event last week that show it will comprise a total of 16 special stages, with these split between the famous Formula 1 circuit and the surrounding Lombardy region.

"Obviously, I would like to be in a World Rally Car going to Monza but that is [proving] tough," he told Autosport. "So maybe we will do it in a R5 car. I think that would be better than nothing to be honest."

Less than a fortnight after signing off on his test and development work with tyre giant Pirelli on the Mediterranean island of Sardinia, Mikkelsen made his first competitive outing of 2020 at the weekend. 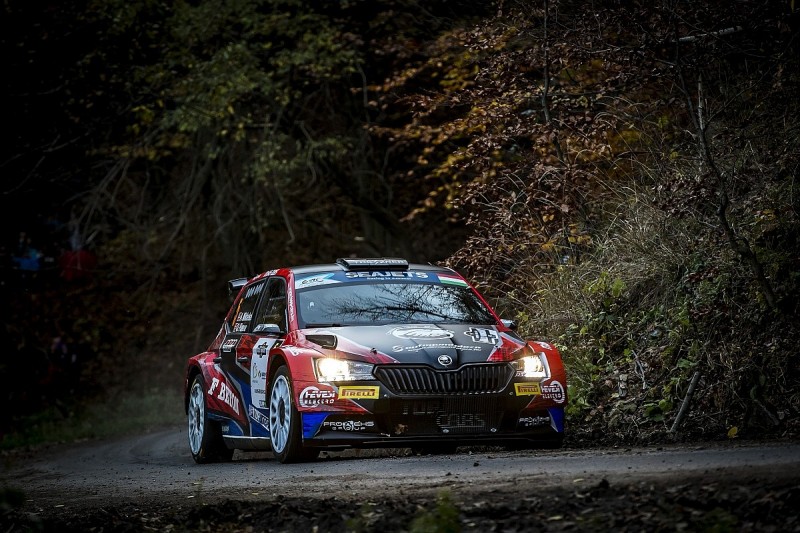 Representing the Topp-Cars Rally Team, the 31-year-old cruised to a 90-second Rally Hungary win with his former co-driving team-mate Ola Floene at the controls of a Skoda Fabia Rally2 Evo. But with his focus on the WRC, Mikkelsen confirmed he is unlikely to feature at either of the European Rally Championship's last two rounds.

"Nothing more is planned," he said, "because I am working hard to be at Rally Monza. But the speed is very good in the European Rally Championship. It was a great weekend of competition.

"At the start of the rally Alexey [Lukyanuk, ERC points leader] was doing a good job. OK, he was the first driver on the road so he had an advantage, but experience is key here and I had to use that to my advantage.

"Although I haven't been here before, the conditions were tricky, so I pushed hard when I could and took it easy when it got a bit tricky with punctures. That approach proved itself at the end."

Mikkelsen wins at Rally Hungary to hit back at doubters