The Estonian held a commanding lead of the rally on Saturday afternoon and was poised to win his fourth WRC event in a row and move to the top of the points table when his Toyota Yaris stopped after its radiator was damaged on the Sweet Lamb Hafren stage.

Tanak was 41 seconds ahead of nearest challenger Sebastien Ogier - who went on to win the event after a final-day fight with the second Yaris of Jari-Matti Latvala - when he hit trouble.

He returned for Sunday's powerstage, on which he claimed four points.

"That was the worst I've ever felt," said Tanak. "I hope none of my competitors ever feel like this.

"It's tough for the championship, but there's still a chance, so we still push."

Tanak slipped from second to third in the drivers' standings behind Hyundai's Thierry Neuville and Ogier, and is now 21 points behind leader Neuville with two events remaining. 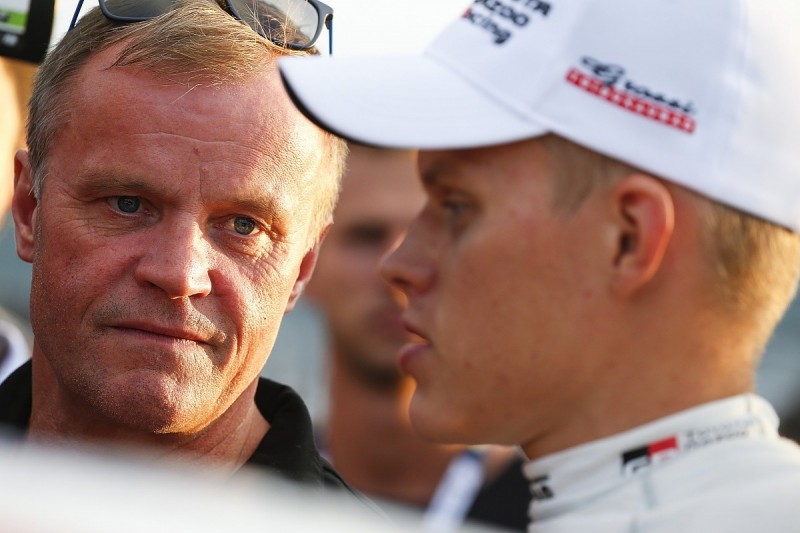 Toyota team principal Tommi Makinen sympathised with his driver, telling Autosport: "This is so hard, so hard for Ott.

"He has driven so well, and this doesn't seem fair to him - if it is costing him the championship then it seems a really high price."

Makinen added Toyota would investigate the failure and said it could introduce extra protection around the impact area for the final four days (one in Spain and three in Australia) of the season that will be held on gravel.