Latvala took the lead with a brilliant run through the second stage of Sunday morning - Gwydir - but Ogier struck back on the next three stages - including a stunning time on Gwydir two, which he'd struggled on earlier.

Despite lacking first and second gear for some stages on Friday, the five-time WRC champion Ogier battled hard and was rewarded with a victory by 10.6 seconds over Latvala, with the second Toyota of Esapekka Lappi rounding out the podium.

It means Ogier is the most successful driver in the event's history, moving ahead of Petter Solberg and Hannu Mikkola's four wins apiece.

Ott Tanak had held a comfortable lead and looked on course for a fourth consecutive WRC rally victory to cut Neuvile's lead further, before he lost his sump guard and suffered radiator trouble on Saturday afternoon.

The Toyota driver finished well outside of the top 10 and is now 21 points behind Neuville, despite clawing back four points for setting the second quickest time on the powerstage. He had started the event 13 points behind the Belgian. 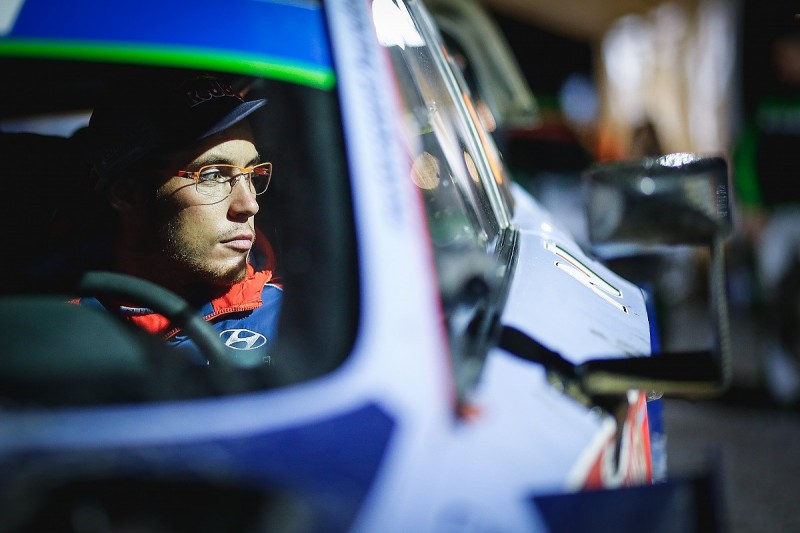 Neuville - whose shot at victory ended with a trip into a ditch on SS11 on Saturday morning while running second to Tanak - jumped two places on the penultimate stage, passing Hyundai team-mate Andreas Mikkelsen and Mads Ostberg for fifth, 8.2s behind Craig Breen's Citroen.

But any chance of overcoming Breen were undone for Neuville when the last stage was shortened due to an incident near the end of the stage involving motorcycle stunt performers. It also meant the stage start was delayed from 1228 to 1400hrs.

Toyota's Lappi had a relatively uneventful run to third overall ahead of Breen and Neuville.

Lappi acknowledged he didn't have the pace to match his team-mate Latvala or Ogier, but his points were valuable for Toyota's manufacturer championship lead.

Mikkelsen's splendid Saturday afternoon run helped to secure his sixth-place finish, but the Norwegian felt under the weather on Sunday morning and hit a bale and a lamppost in the Great Orme Stage.

Hayden Paddon was leapfrogged by Neuville and Mikkelsen on the final day, but claimed seventh after moving ahead of Ostberg, whose set-up change to favour the rear didn't work. The Citroen driver had to settle for eighth, having started the day in fifth.

Kalle Rovanpera took a sensational WRC2 victory, the 18-year-old Finn holding a 1-minute gap after Friday morning which he maintained throughout the event to take ninth overall. Reigning champion Pontus Tidemand took second and rounded out the top 10 in a Skoda Motorsport one-two. Brit Gus Greensmith sealed a WRC2 podium for M-Sport.

Last year's event winner Elfyn Evans - the first Welshman to win the event in its history - retired after a misfire on Friday.