Oliver Solberg has said making the switch to a World Rally Car was "easier" than he expected, following his first test ahead of his Arctic Rally debut in the class

The Swede experienced Hyundai Motorsport's i20 Coupe WRC for the first time at a test in Finland on Sunday, after confirmation came last week of his top tier WRC debut this month.

Solberg spent the best part of a day driving the supermini ahead of the Arctic Finland Rally later this month.

He should have been joined by regular co-driver Aaron Johnston at the test near Rovaniemi, but COVID-19 travel restrictions meant the Ulsterman could not make it to the venue in time.

The vacant seat was filled by Martin Järveoja, who won the 2019 WRC crown with Ott Tanak.

The promising 19-year-old also completed a number of runs in the darkness, simulating the conditions he can expect on the night stages of the rally.

For these, Andrea Adamo - the Team Principal of Hyundai Motorsport - sat alongside him.

"I think the car was actually a bit more straightforward - a bit easier to drive - than I thought it would be," revealed Solberg.

"What amazed me was the grip in the higher-speed corners.

"The aero is incredible. That combined with the work the centre differential is doing - this car is just unbelievable.

"We went through the suspension and differential set-ups and we found some really good stuff. 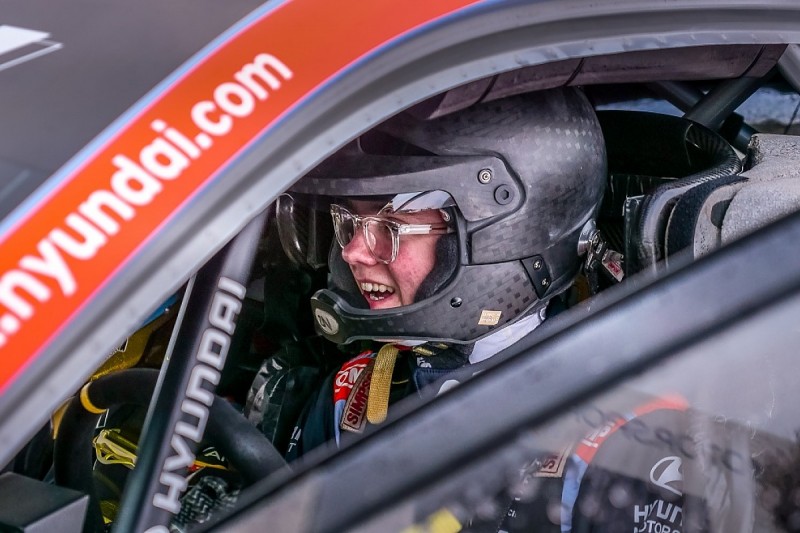 "It would have been nice to have some really higher-speed corners on the test road, just to find out what is possible in the full speed [sections].

"I want to understand more from this fantastic car. I want to try some sixth-gear corners. I want to have fun. And I want to keep smiling.

"It was a real honour to have Andrea in the car with me for some runs in the dark at the end of the day. It was very cool and a great way to end an unbelievable day.

Solberg will use what time he has leading up to round two of the 2021 season to analyse data collected from last weekend's pre-event test.

"As well as the driving, it was fantastic talking to the engineers and the mechanics and everybody at the team - they are a really nice bunch of people," he added.

"They are so motivated and so cool."