Oliver Solberg has been confirmed as a Hyundai Motorsport driver for the next two seasons of the World Rally Championship, beginning in WRC2 in 2021

The 19-year-old son of 2003 World Rally champion Petter Solberg will spearhead Hyundai Motorsport's WRC2 assault next year, with a graduation to a World Rally Car understood to be on the cards for the following season.

The move to the Alzenau-based team marks Solberg's step up to a full factory seat, having driven in association with Skoda Motorsport through this year, and competed in both Skoda Fabia and Volkswagen Polo R5 machinery.

Solberg said: "To join Hyundai Motorsport is fantastic. To be driving for the reigning World Rally champion manufacturer is a big part of the dream for me.

"Even saying the words 'I'm a Hyundai Motorsport driver' keeps making me smile.

"This is another step for me. It definitely feels like this is a new chapter. I have made the start to my career, now this is the next part. But, it's like anything: we can celebrate this deal today, but tomorrow we start the hard work to make the most of working with the world champions." 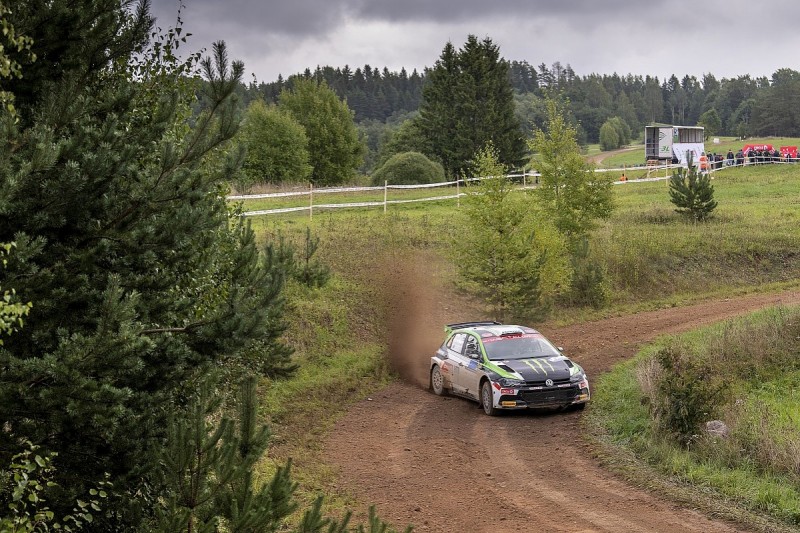 Solberg will start the 2021 season driving a Hyundai i20 R5 before moving up to the Korean firm's all-new i20 N Rally2 in the middle of the season.

The team has remained tight-lipped on plans for Solberg's second year with the squad, but Autosport's sources say a move to an i20 Rally1 - the World Rally Car's new name from the start of the hybrid generation in 2022 - is on the cards.

One source said: "It's the same like [Toyota rising star] Kalle [Rovanpera]. You cannot keep this kid in [an] R5 car.

"We know he was talking with other teams, which would have meant driving at the top level, so it's sure there is no chance for him to stay in Rally2 for 2022."

Hyundai Motorsport team principal Andrea Adamo, who led his team to a second consecutive WRC constructors' crown this year, admitted there was already more to Solberg Jr than his name.

"Oliver has, of course, a very well-known surname but he has already started to prove himself in his own right, with results like the WRC3 win in Estonia," he said. "We are happy to welcome him to the family."