Hyundai driver Ott Tanak says he has a “feeling of anticipation” for the remainder of this season’s World Rally Championship after making a set-up breakthrough on last week’s Rally Portugal.

The 2019 world champion, who joined Hyundai from Toyota ahead of the pandemic-shortened 2020 campaign, missed a golden opportunity to add a second victory of the season in Portugal when he retired from the lead on Saturday afternoon with suspension damage.

Tanak re-joined on Sunday under Super Rally rules to bank all five points in the rally-ending Power Stage, which leaves him 34 points behind championship leader Sebastien Ogier.

Despite the disappointment on the WRC's first gravel rally of the year - which marked the 250th stage win of his WRC career - Tanak openly admitted to being much happier with the ride and handling of his i20 Coupe World Rally Car, saying it “felt more natural”.

That was in stark contrast to last month’s Croatia Rally where he was left with more questions than answers after an off-colour run to fourth.

He attributed the upturn in pace and confidence to the efforts of his mechanics back at the team’s base in Alzenau and those working on site in Portugal.

“It was a good feeling in the Power Stage to be back on the pace we showed yesterday,” said Tanak.

“Since Saturday morning, we started to find the feeling that we used to have – we are getting there.

“Looking at the positives, the pace is definitely improving. It’s been a long, hard job by many people, who have put in a lot of effort. 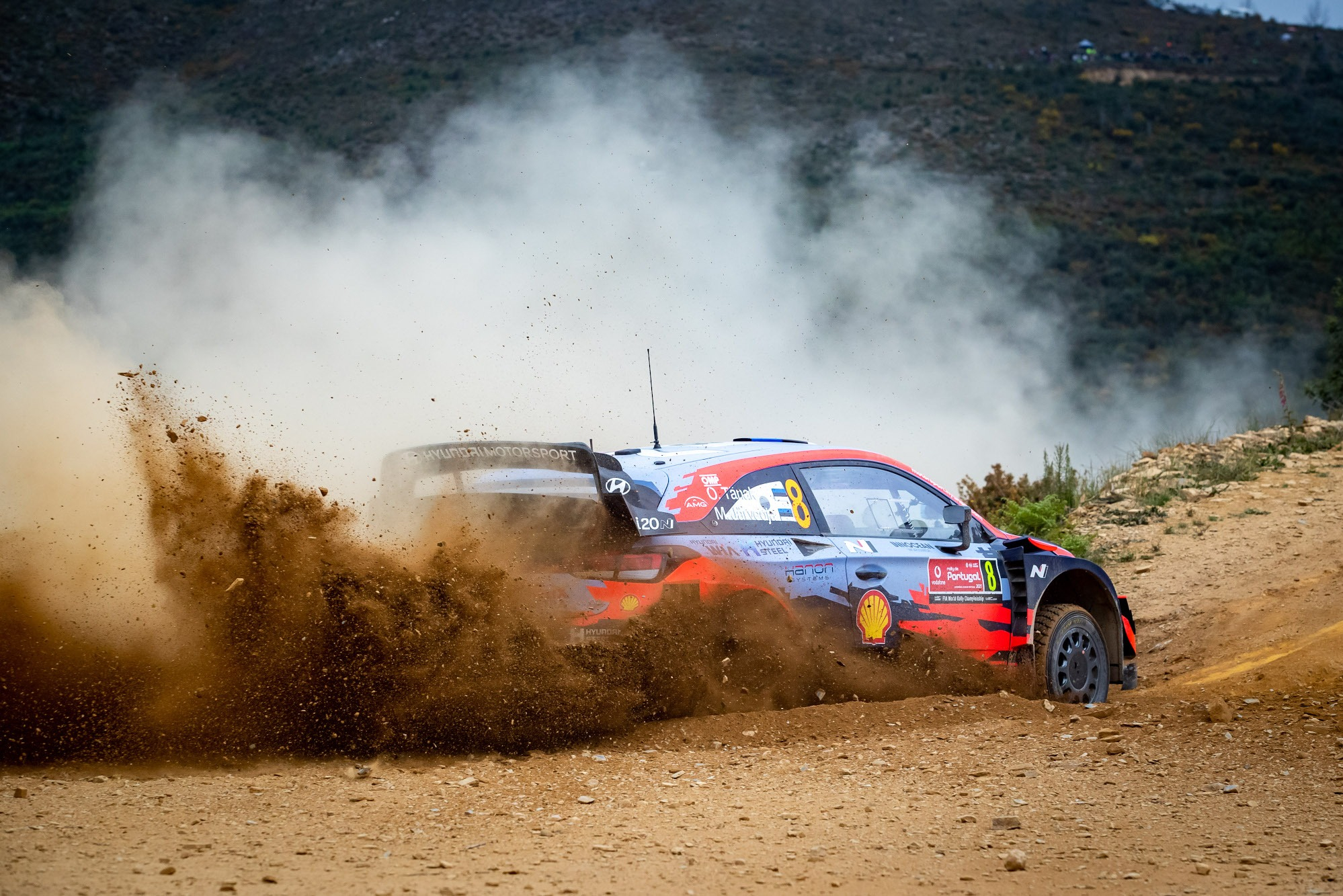 “This was our first gravel rally for a long time, so I don’t have much experience in the car; I still had to learn and understand a bit more.”

The next three WRC events are all due to be held on gravel, which could give Tanak an opportunity to recover lost ground in the title race.

Next weekend's Rally Italy is followed by the return of the Safari Rally to the WRC for the first time since 2002 and the Estonian's home event, the scene of Tanak's first Hyundai win last year.

“Hopefully now we are able to put the combination together,” he added.

“It’s now giving me a feeling of anticipation for the rest of the season.

“We’ve been working hard, so we expect results.”