The series travels to the Arctic Circle for the first time later this month for the only snow event of 2021 as a replacement for the cancelled Rally Sweden.

Given that success and a strong start to his second season in the WRC with a fourth at Monte Carlo, the 20-year-old is likely to be among the victory contenders in Finland later this month.

"From last year there is maybe some parts of stages that I can use [to help prepare]," he told Autosport.

"As it is a winter rally, it [the surface] also changes a bit from one year to the next depending on how they snowplough the road and corners, but for sure I already have some feeling about what is coming.

"I think those events which are more familiar for me, it could be possible for me to fight for the win.

"Last year's win doesn't mean anything against the WRC guys but it should still be a good rally for me."

Adding to Rovanpera's growing stature, seven-time WRC champion Sebastien Ogier singled out the young Finn as an outside bet for the drivers' title when speaking to Autosport earlier this year. 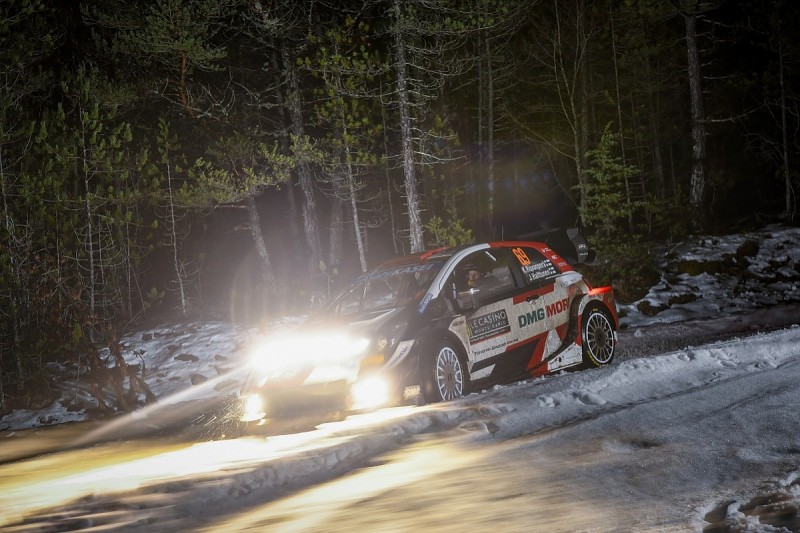 The son of ex-WRC driver Harri has already chalked up Power Stage victories - and led rallies - with co-driver Jonne Halttunen.

Despite the growing praise, Rovanpera says that he is remaining grounded.

"I think it does not change anything in my approach but, of course, it feels nice to hear that and I will do my best to be as close as possible to the guys in the title fight," he said.

"My goals are to keep up the good pace that we had in Monte and try to have cleaner rallies without any mistakes so that we can be in the podium fight much more often."

Running from 26-28 February, the Arctic Finland Rally will include a traditional shakedown stage on the Friday morning of the meeting followed by the opening special stages later that same evening.

This will be followed by two loops of three stages on Saturday ahead of Sunday's tests, which includes the bonus points Power Stage.

In all, crews will tackle 260Km in temperatures that could dip to as low as minus 20 degrees Celsius.