The 2016 World RX champion is contesting selected events in preparation for his 2021 programme with the ABT Cupra team in the new Extreme E series, and drove in the Dakar Rally last month.

He will compete in the second round of the 2021 WRC with a car run by Ekstrom's co-owned EKS JC squad, and will be co-driven by former FIA Junior WRC champion Emil Bergkvist, who also navigated for Ekstrom in the Dakar rally.

The Swede is no stranger to rallying, having made his WRC debut in a Group N Mitsubishi in 1999 on the Swedish Rally.

He won the Group N class in Sweden and on Rally Catalunya in 2004, and made selected top-flight appearances in the top-tier WRC class with a works-run Skoda Fabia in 2005 and 2006. 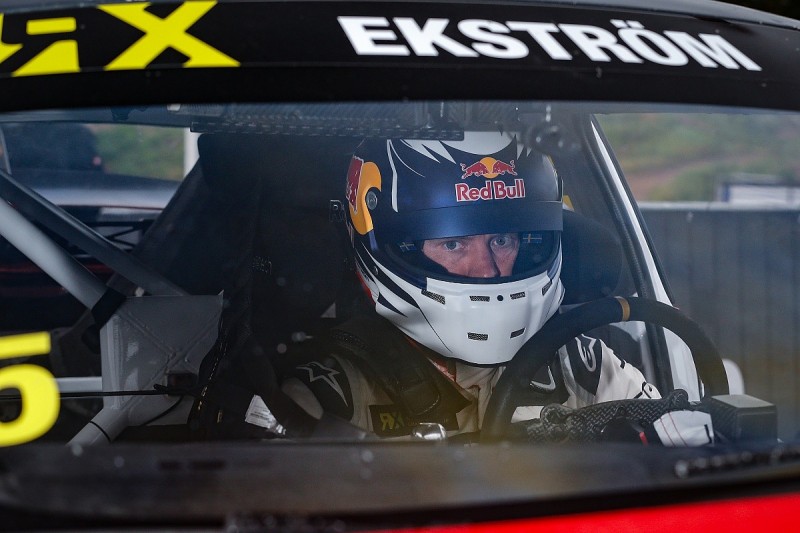 "Rally has been a life-long passion of mine and going to the Arctic Rally Finland is a bucket-list dream, that I finally get to tick off," said Ekstrom.

"For 2021 I have committed to the Extreme E series, that requires very diverse set of knowledge and skills of driving on various surfaces.

"The WRC event at Arctic Rally Finland is a perfect event for me to stay sharp, to drive hundreds of kilometres on ice and snow and also to renew my passion for rallying."

While the Rovaniemi event will provide a totally different challenge to the Dakar, Ekstrom is setting his sights high.

"For sure it will be great fun, but anyone, who knows me, knows that I like to win and I plan to put up a fight against the class regulars, although I know, they have spent so much more time in rallying. We will do a couple of days testing before the rally," he said.

Former Rally Finland winner, Esapekka Lappi, who has been left without a drive in the WRC's headline category this year, will also compete on the Arctic Rally Finland, driving a Volkswagen Polo R5. The Finn drove for M-Sport in the WRC last season.