This year's Rally Mexico will include a stage in Zocalo, Mexico City's main square - the venue for the opening sequence of the last James Bond film Spectre

The plan to take the World Rally Championship's North American event 250 miles south to the nation's capital is something the organisers have been working on for years.

Rally director Patrick Suberville was present at last week's Monte Carlo Rally, where he received complete backing for the route change from the WRC manufacturers.

"It's a really big deal for us.

"Taking Rally Mexico to Mexico City will raise the profile enormously, it will open up the sport to a whole new bunch of fans."

An all-asphalt stage, just over a mile in length, will run around the square.

The 57,600-square metre site is expected to host 250,000 fans when World Rally Cars arrive there for the first time on Thursday March 9.

"Obviously, the logistics of this stage have been pretty intense, but we have worked with the FIA, WRC Promoter and the teams and we have agreement from everybody," said Suberville.

"I think we can all see what a real opportunity we have here - especially with Zocalo being so familiar after the start of Spectre.

"We like to do things differently in Mexico and this is certainly quote different!

"Essentially what we're going to do is take the incredible atmosphere from the traditional opening night stages in Guanajuato and move it to Mexico City."

Waivers have been granted for the third round of this year's series to shift shakedown to Wednesday afternoon.

On Thursday morning, the cars will be taken by transporter down to Mexico City for a stage that starts at 1830 local time.

The crews and teams will fly back to Leon via two chartered planes on Thursday night while the cars come back by road on transporters.

Rally Mexico has often innovated with its route, last year running the first 50-mile stage since 1986.

Though that has been dropped for 2017, Suberville has refused to rule out reviving it in the future. 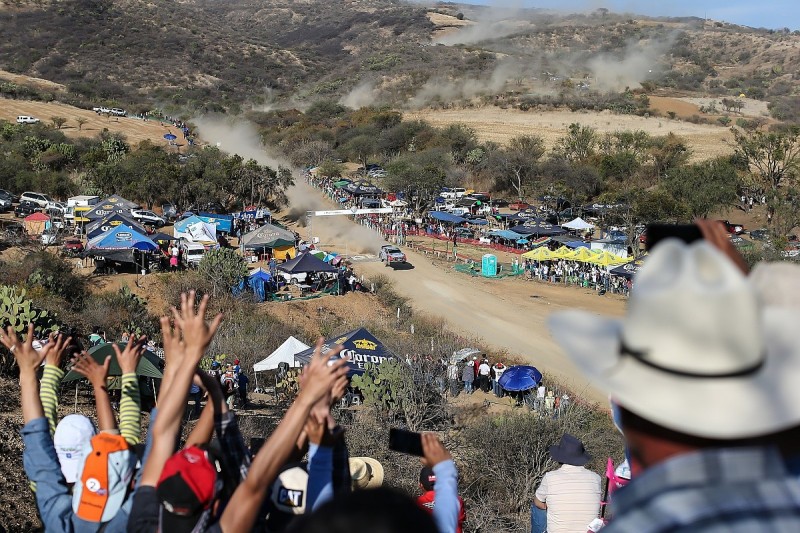 Before we even got to the stages, Rally Mexico gave us an indoor service park.

In terms of roads, it was the highest modern-day World Rally Championship round, then the one with the most compact route, the first subterranean competition and last year it delivered the first 50-mile special stage in 30 years.

If it's revolution you want, come to Rally Mexico.

When this event first arrived in the world championship in 2004, it served its time, slowly built its reputation for great roads and excellent organisation.

Once it found its feet and cemented its place on the calendar then Suberville and his team began to think outside the box. 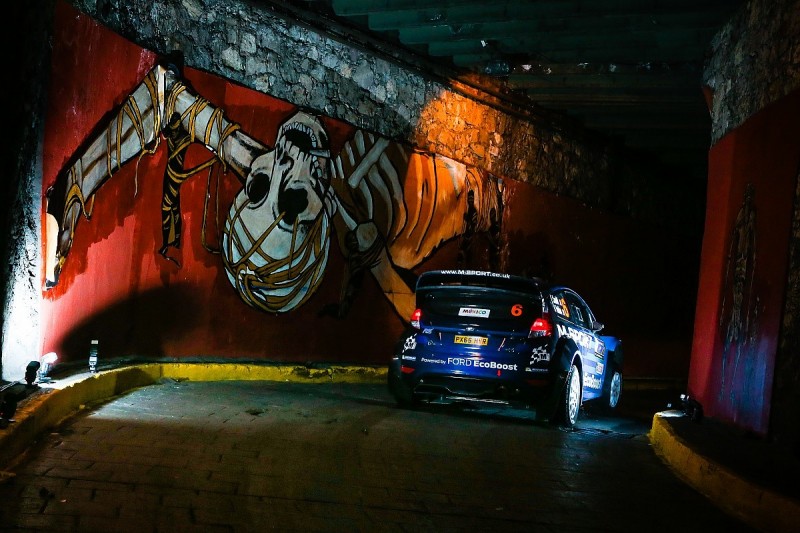 Such thinking brought us rally cars competing underground - through Guanajuato's series of tunnels - for the first time and then last year's astonishing 50-miler, which took Sebastien Ogier 48 minutes to complete, but didn't provide a single positional change in the final-day top 10.

Rally Mexico won't be the first event to try a long-distance trip to a superspecial.

Rally Argentina did the same thing in 2007, running a stage in the River Plate's football stadium on the Thursday evening.

Unfortunately for the South Americans, the weather closed in, grounding some flights returning the teams from Buenos Aires to Cordoba and seven of the following day's eight stages had to be cancelled to get people back in time.

Having witnessed Rally Mexico's growing strength and confidence, this latest venture is certain to provide the next step for an event that's increasingly recognised as the pacesetter for WRC innovation.