Citroen's fully-fledged factory World Rally Championship return got off to a bad start in Monte Carlo. A one-off or a sign of a tough 2017 to come, asks DAVID EVANS

A straight, a kink and a couple of bumps near Gap helped write a story Citroen fans probably won't want to read.

Question is: was last week's Monte Carlo Rally just a dull - to the point of unreadable - opening chapter? Or is Versailles' latest block-buster doomed?

There's no doubting the fear Citroen's return had struck into the heart of its rivals. Lead driver Kris Meeke, a winner of just three WRC rallies, was installed alongside Sebastien Ogier, a man who's won four titles and 39 rallies, as joint favourite for this year's crown at 2/1.

And then last week happened; both factory C3 WRCs hit trouble (as well as a bank for Meeke and a ditch for team-mate Stephane Lefebvre) and both were outpaced by a Citroen launched in 2011 from parts still bearing a strong resemblance to a motor that made its debut a decade before that.

Craig Breen drove a stellar rally, but the Irishman's classification as Citroen's top points scorer in a tired and tatty DS 3 WRC was not part of the plan.

History had provided plenty of cause for optimism. The Xsara WRC's first run on the Monte ended with victory for Sebastien Loeb in 2002. Or at least that's the way he chooses to remember it. The stewards felt differently and demoted him to second for a tyre regulation infringement.

The C4 WRC arrived after a year-long sabbatical for Citroen - like the one the Parisians took last season - and began with a dominant Monte 2007 one-two for Loeb and Dani Sordo. 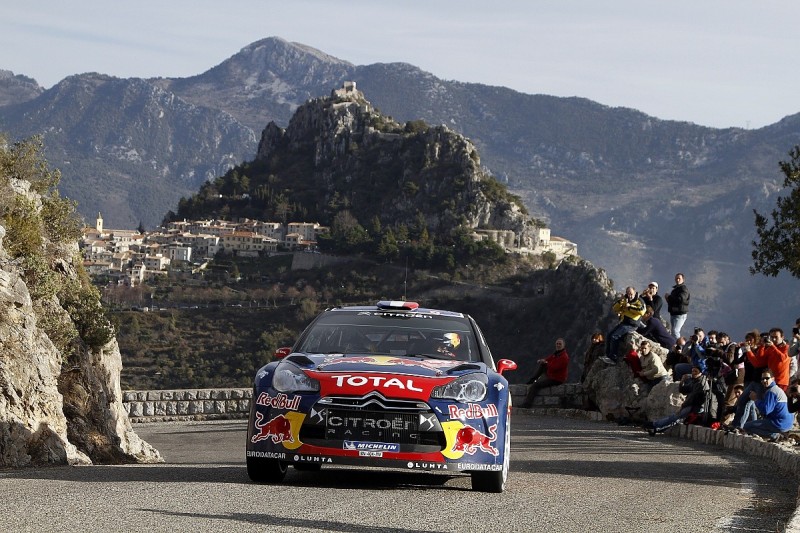 And the DS 3? It won its first Monte by almost three minutes in 2012. Loeb was, once again, at the wheel.

But the C3's problems were clear to see from the roadside last weekend.

Stage three and Ogier tears into view with his Ford Fiesta WRC on the limiter in fifth. One more flick and it's top gear. And pinned.

Thierry Neuville's Hyundai? The same. Even the Belgian's team-mate Sordo, a man with zero confidence in the car beneath him, didn't lift. And neither did Jari-Matti Latvala in the new Toyota.

All of which made Meeke's approach more than a little surprising.

He came into view on song and pulled top. The first bump delivered that horrible tell-tale graunch of steel on Tar. A shower of sparks confirmed the car had bottomed out.

The understandable lift is accompanied by a multitude of explosions as the exhaust expels unburned fuel. Anti-lag offers no place to hide.

With doubt firmly at the forefront of his mind and the revs falling further, Meeke knocks the car down to fifth for the right-hander everyone else was flat in sixth for.

It didn't help when Breen came through next, wringing the neck of the old DS 3 and probably wishing for seventh rather than thinking about fifth.

There was no hiding the low-slung stance of the new Citroen. Check out the shots of the car in loose snow: inevitably it's the C3 kicking it up over the bonnet. 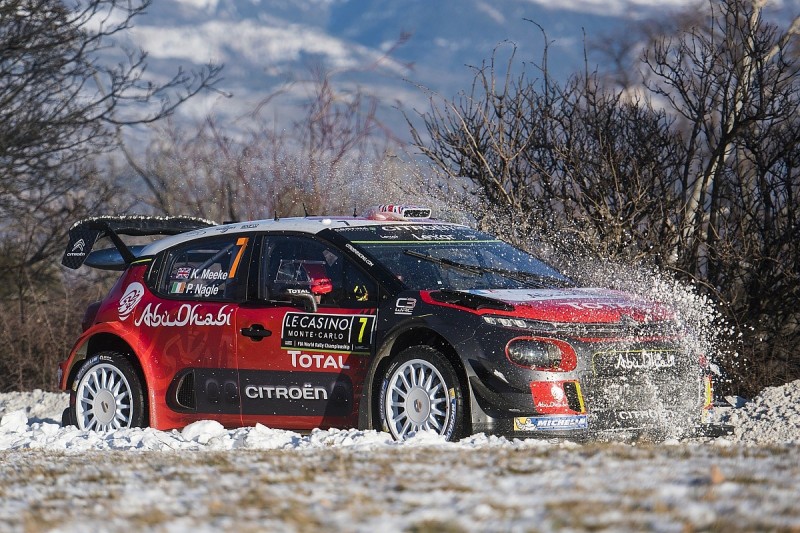 The C3 was a real handful last week, Meeke's brief appearance in second its only spell near the front.

One rival suggested the reason with more than a hint of sarcasm.

"Looks like they brought last year's touring car," he said.

"We were expecting a better result from this rally," he said.

Any hope of a result had gone south when first Lefebvre then Meeke went off the road, but even if they'd avoided incident, it's hard to see how either would've challenged their factory rivals.

It's been said a million times, but we'll say it a million and one: the Monte is one of the most unpredictable rounds of the season.

Everything is a compromise. And a gamble. A poor performance need not be a sign of a fundamental, year-long, car flaw.

Citroen tested exclusively in dry conditions and that choice was reflected in its poor performance in the snow and ice.

Having watched the C3 WRC flying in Wales late last year during gravel tests, I'd wager this was a French Alps-specific issue.

That's probably why Meeke remains so upbeat - encouraging from a driver who has become increasingly cautious in recent seasons.

"We can test, test and test again, but it's on the rally that you really learn and we've learned a hell of a lot," he said.

"I'm still very, very excited about what we've got coming. We did a couple of asphalt tests - both in the dry - for this event, but we've had plenty on gravel and snow.

"For Sweden, we'll be there. This thing's definitely not going to rattle me." 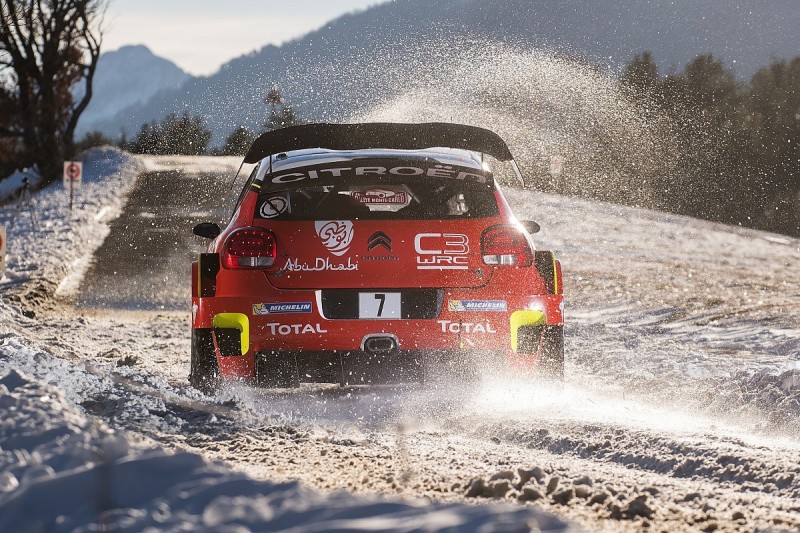