The result surprised both the service park and Makinen's newly-created team, which only began running the Yaris nine months ago.

"After this, I feel pretty confident we have a good chance of winning this year," Makinen told Autosport.

"This result is incredible. I am so happy for the team, for everybody in the team.

"We have worked well together and, for sure, we will be getting stronger after every rally as we have more and more data to analyse.

"This has been a massive amount of work and, starting from scratch, we have nothing to compare the car to.

"We had to do everything from the very beginning."

Toyota's test programme covered over 12,000 miles, using three permanent locations in Finland, Spain and Portugal and flying parts and personnel between them rather than transporting the cars. 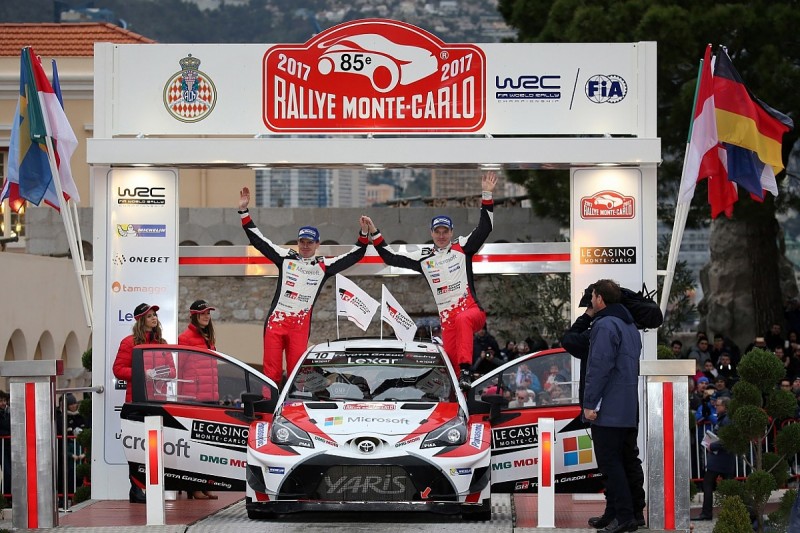 The Finnish test site near the team's Puuppola base has allowed for ample snow testing, but Makinen played down any suggestion of a win in those conditions in Sweden next month.

"Maybe that is too soon," he said. "But that will be very interesting.

"Jari-Matti has tested the car for one week in the snow and he is very happy with the car's behaviour in these conditions."

"When you think where I was just over one month ago, before I made the deal with Toyota, I was worried I might not be driving in a factory team and now I am here and second in Monte Carlo - it's incredible," Latvala told Autosport.

"I did so little testing before this rally, especially for these conditions, but I have learned during the event.

"We have a good car, a good team and very good potential."