Mikkelsen, who began the 2017 season without a World Rally Car drive after Volkswagen's exit, established himself in second through Friday morning's early stages then grabbed the lead with a commanding performance on Grafschaft.

It is the first time Mikkelsen has led a WRC event for Citroen, and marks the French team's most competitive performance since Kris Meeke led in Corsica, the previous asphalt round.

Hyundai driver Dani Sordo had briefly led following the Wadern superspecial that opened the day, but fell to fourth on Mittelmosel and then crashed out less than a mile onto the next stage. 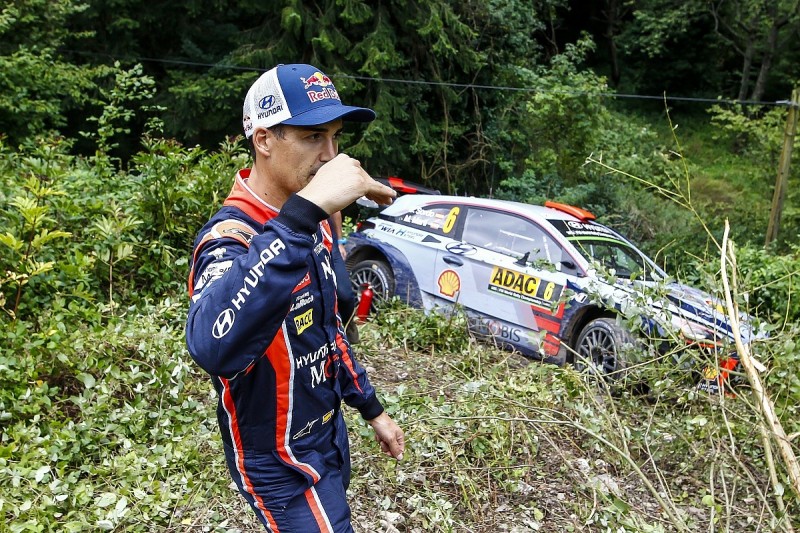 Sebastien Ogier recovered from a quick spin on the superspecial to hold third behind M-Sport team-mate Tanak.

Ogier is three places and 12.2s ahead of his WRC title rival Thierry Neuville, who went off through a vineyard early on Mittelmosel and has been carrying aerodynamic damage since.

The championship combatants are split by Elfyn Evans and Jari-Matti Latvala, who are just 0.5s apart in fourth and fifth.

Esapekka Lappi, Craig Breen and Juho Hanninen have all had trips off the road as well, leaving them in seventh through ninth positions - Lappi regaining some ground by going second quickest to Mikkelsen on Grafschaft.

Hayden Paddon trails his fellow WRC crews in 10th after picking up a puncture on the last stage, while Meeke runs outside the top 40 having rejoined with a 10-minute penalty following his Thursday superspecial crash.

Shock overnight leader Jan Kopecky inevitably fell back in his R5 Skoda Fabia once the full-length stages got under way, but still leads WRC2 in 11th overall ahead of team-mate Pontus Tidemand and M-Sport's Teemu Suninen.