The former factory Volkswagen, Citroen and Hyundai WRC driver, a three-time WRC event winner during his time with the German marque, secured a second major rally title of the season, just a week on from securing the WRC2 title.

Mikkelsen, who previously won back-to-back Intercontinental Rally Challenge titles in 2011 and 2012, clinched the ERC title after finishing seventh on the road at Rally Hungary.

He was then promoted to sixth after event winner Nikolay Grayazin was handed a 15-minute penalty for failing to slow down when passing the wreckage of Norbert Herczig’s car.

The points accrued were enough for the Norwegian, who has contested both WRC2 and the ERC driving a Toksport Skoda Fabia, to secure the ERC crown prior to next month’s season-ending round in the Canary Islands.

Mikkelsen said: “My goal was to try to win the championship, so I’m very happy.

“I knew it was going to be very, very tough with all the drivers, so it was not for certain.

“But we had a good season, driving very clever and always getting points when we needed to.

“Winning this championship is definitely one of the highlights of my career.

“The season has been amazing, but I thought before the season it was probably going to be harder for me to win ERC rallies than WRC2 rallies in the world championship. 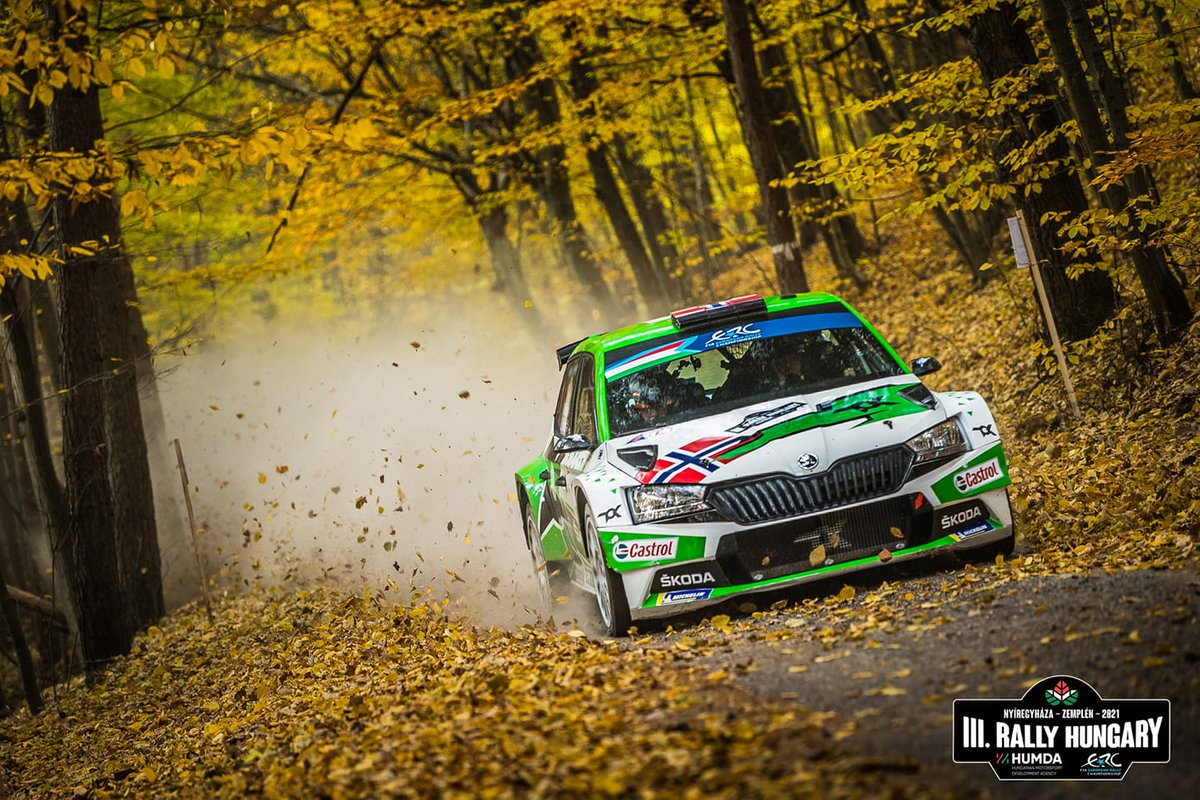 Mikkelsen is targeting a return to full-time WRC competition

“Looking back at the season, I stand behind that.

“The pace and the speed the guys are doing in the ERC is really high and you really need to push to the limit if you want to fight for the win.”

Speaking after winning the WRC2 title, despite not competing in Rally Spain, Mikkelsen hoped his success in both WRC2 and the ERC would bolster hopes on making a return to rallying’s top tier in the future.

Mikkelsen’s last appearance in the WRC was in 2019, when he finished sixth at Wales Rally GB for Hyundai.

He has been touted as a possible M-Sport target for 2022, but it appears his options for next year are limited.

“Obviously we are working hard on next year, but my big aim is to be back in WRC,” he added.

“That is definitely where we want to be, but it is not easy. There are not a lot of seats available and not a lot of manufacturers.

“I was really hoping the new hybrid [regulations] would attract more new manufacturers, but so far it has not seemingly worked.

“We have to just do our best and make sure we are first in line when an opportunity arises.”