Malcolm Wilson's team believes the problem was specific to certain conditions and will not be repeated when the WRC returns to Europe in Portugal this week.

Sebastien Ogier was a distant fourth in Argentina, with team-mate Elfyn Evans three minutes off the lead in sixth.

A year earlier, Evans had come within seven tenths of a second of winning the event when on DMACK tyres - which Wilson said gave M-Sport a clue about why its Michelin-shod main team had been off the pace.

"It seems we were struggling a little bit with low grip," Wilson told Autosport.

"It was the same last year. Yes, Elfyn was a minute clear in Argentina [in 2017] at the end of day one, but where were Seb and Ott [Tanak] in the other cars? They weren't nearly as competitive and it was the same in Wales last year.

"So we have to look at the grip Elfyn had. 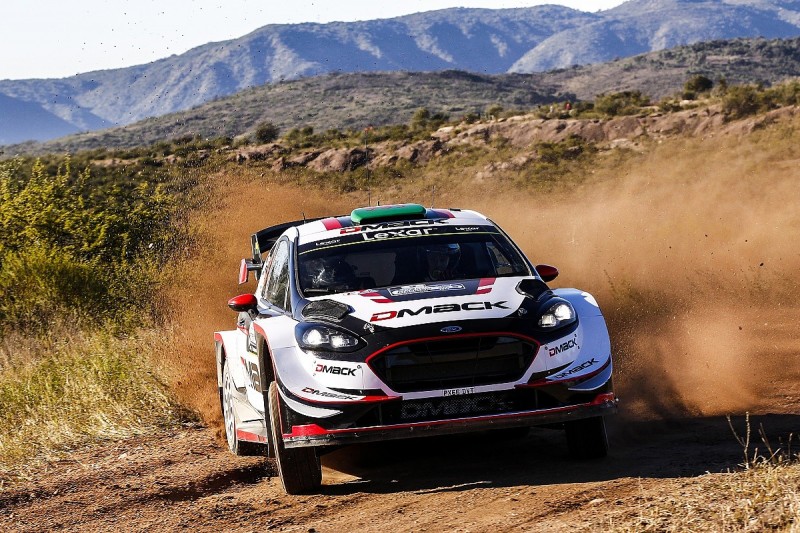 "We're absolutely not going to say anything about Michelin, everybody else had the same tyre.

"As you can imagine, the guys here have been looking and studying to find out what was going on and they've got some ideas.

"We've found a better solution for the differential set-up which will give better traction and they've come up with some more from the suspension - small detail things. They're not too worried."

"No, I don't think there was any kind of complacency at all," he said.

"But maybe you're right in one way that it's sharpened us all up a bit. We're ready for the next one now."

Ogier still leads the WRC standings by 10 points over Hyundai's Thierry Neuville, with M-Sport 15 points adrift of Hyundai in the manufacturers' championship.

An FIA verdict on M-Sport's appeal against Ogier's 10-second penalty for hitting a chicane on the Rally Mexico powerstage is still awaited.

If the penalty is overturned, Ogier would gain four points for being second fastest on the bonus-points stage.