Loeb contested the Mexico and Corsica events earlier this year as part of a three-round WRC programme that will conclude in Spain in October.

Despite a full-year absence from full-time WRC competition, the 44-year-old led in Mexico until a puncture and took stage wins in Corsica.

But Budar wants a more consistent approach to Citroen's 2019 line-up, with Craig Breen having had to step aside for Loeb's appearances this year.

Though Budar made clear he would welcome Loeb back full-time, he all but ruled out another cameo role.

"Something I don't want to reproduce is to have him for one rally," Budar told Autosport.

"It's a good idea to have Seb for the full season, but I don't think it is a good thing to have some drivers for [only] some rallies because we need to build a consistent organisation." 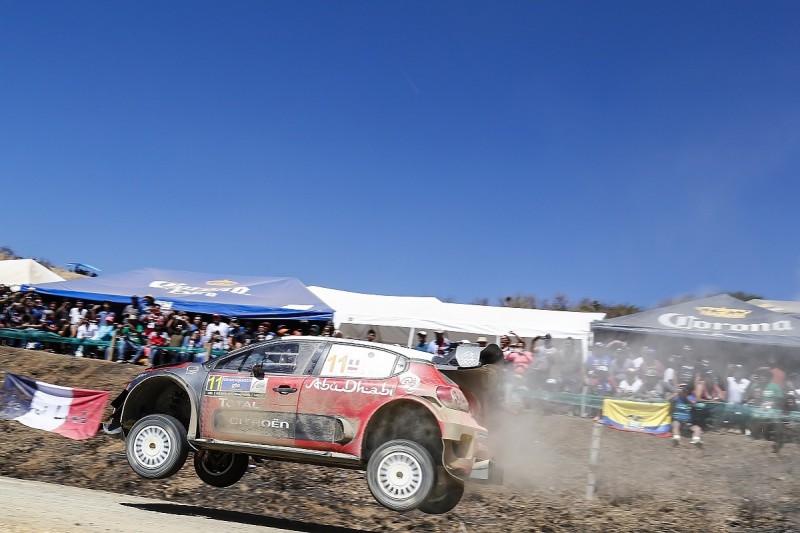 Loeb's full-time 2018 programme is with Peugeot's works World Rallycross Championship team, and he took his first RX win in over a year at Mettet in Belgium last weekend.

He had also been part of Peugeot's Dakar Rally effort before that ended this year.

Loeb had originally quit the WRC after 12 years in search of something less demanding of his time, and initially moved into the World Touring Car Championship.

Earlier this year, Loeb told Autosport: "I am doing the rallycross with Peugeot and I cannot do everything.

"When I retired from the full [WRC] championship I know the reason why and that has not changed.