Kajetanowicz has targeted a WRC2 move since wrapping up his third straight ERC title last year, but an uncertain sponsorship situation meant he missed the start of the 2018 season.

He will now join WRC2 from Rally Italy Sardinia next month, and will continue to use an M-Sport Poland Ford Fiesta.

"Soon after Sardinia we'll know exactly which rallies we're doing. At the moment there's so much going on that I don't want to decide anything hastily."

He admitted there were times over the winter when "the situation seemed hopeless" as he tried to find the budget to compete this year.

"I'm starting a new chapter and in a way it's a great unknown - completely new places, new stages, it will be a great challenge," Kajetanowicz added.

"Going up against works teams and vastly more experienced drivers will be the biggest difficulty in my opinion.

"I always aim high but I wouldn't like to be too audacious. The humility with which I approached ERC worked out rather well."

Earlier this year Kajetanowicz announced a split with his long-time co-driver Jaroslaw Baran.

He said "not everything is buttoned up" regarding a replacement for Baran, his partner since 2009, but hopes to have news within "a dozen or so days". 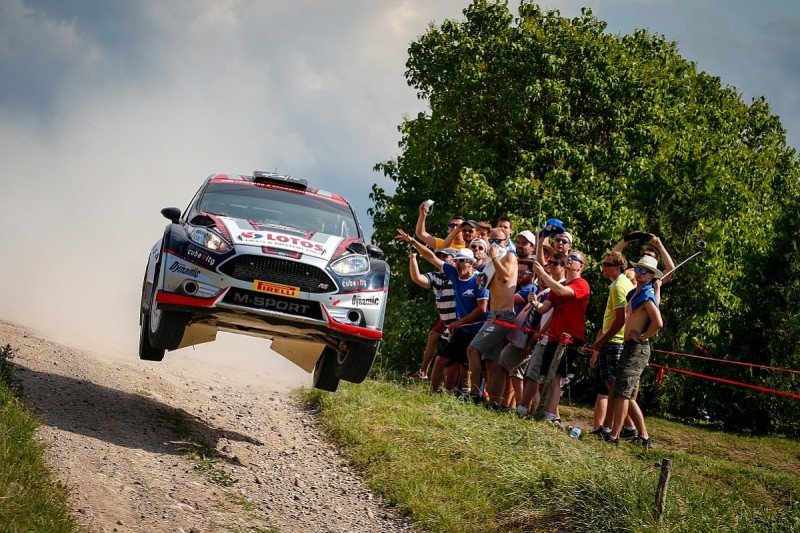 Kajetanowicz's only previous WRC start was on his home event in Poland in 2016 (pictured above), where he finished 16th overall and fourth in WRC2.

In the ERC, Alexey Lukyanuk has taken an early lead in the bid to succeed Kajetanowicz by winning the first two rallies.

The insane racing category that went off the rails