Hyundai “getting closer” to naming its new WRC team principal

Hyundai Motorsport is edging closer to a decision regarding the identity of its new World Rally Championship team principal, with deputy team director Julien Moncet among the candidates.

The Korean marque has been operating without a team principal since Andrea Adamo’s shock departure from the squad in December last year following six years at the helm.

Since Adamo’s shock exit for personal reasons, deputy team director Moncet has been installed as an interim de facto team principal for the manufacturer’s WRC programme.

The former powertrain manager has overseen a frantic off-season that included building and preparing three brand new i20 N cars to compete in the WRC’s new hybrid Rally1 class.

It has proved to be a challenging start to 2022 as the team has been forced to play catch up to its its Toyota and M-Sport Ford rivals, having been the last marque to commit to the new Rally1 regulations.

PLUS: The snowball effect behind Hyundai's WRC Rally1 false start

After a difficult Monte Carlo, the team scored its first podium in Sweden in February, courtesy of a second place finish for Thierry Neuville.

Heading into the third event of the year in Croatia this weekend, Moncet remains in charge for now and has confirmed that he would like the role on a permanent basis. It is understood that Hyundai, after installing Sean Kim as its new president earlier this month, is assessing external and internal candidates.

“It is not up to me to decide if I will continue in this position or not in the future,” Moncet told Autosport on the eve of this weekend's Rally Croatia.

“Current discussions are still ongoing. For sure every day we are getting closer to the outcome, but I think I have to focus on my role for this event and then we will see what my bosses will decide for the future. 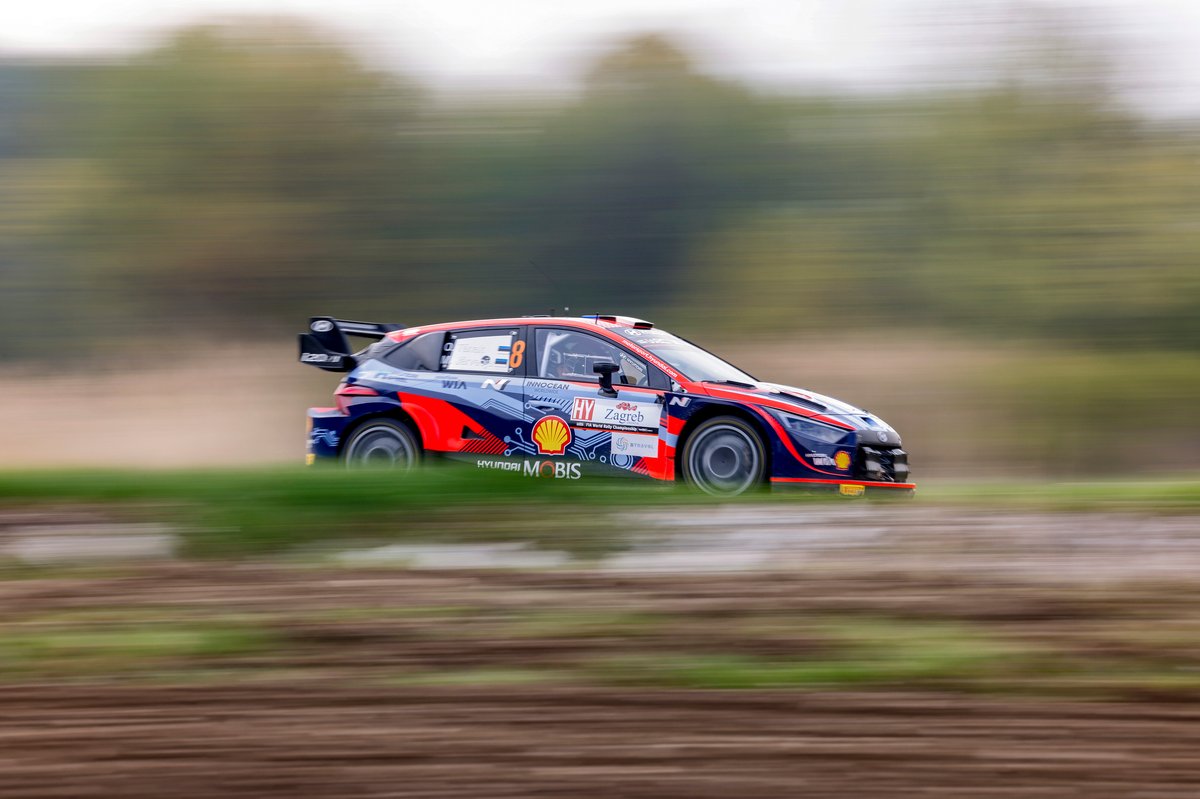 “At the beginning it [the role] has been a bit of a surprise. There has been a lot of new things for me.

“Monte Carlo was terrible for the whole team and for me as well. Sweden was a bit better, I’m learning and of course I would like to continue now that I am here.”

Following the podium success on the snow in Sweden, Moncet is expecting tougher test for his team on Croatia’s asphalt roads.

The team has been developing its i20 N during the eight-week break since Sweden but is under no illusions that it still has ground to make up to its rivals on tarmac. Given asphalt will only account for four of the 13 events this season in Croatia, Belgium, Spain and Japan, Moncet admits his team has been focussing more on its gravel performance.

“I think we have improved the car between Monte Carlo and now,” he added.

“We have improved the set-up and our understanding of the car in asphalt conditions. Now we have seen in Monte Carlo we were quite far behind naturally, so we have tried to reduced the gap but not sure if it will be enough to be competitive.

“If you look at the championship itself there are much more gravel races than asphalt.

“Of course to win this championship you need to have a competitive car on both. Given gravel is more predominate this year I think our car is better in this condition than asphalt, but let’s see on the weekend.”

Gravel Notes Podcast: Inside the world of a WRC mechanic