Hyundai Motorsport boss Andrea Adamo has given the clearest indication yet that Oliver Solberg could feature in the squad’s World Rally Championship driver line-up plans for 2022.

Solberg made his top flight WRC debut with the team at this year’s Arctic Rally Finland, where he finished seventh in February, before making a WRC return at June's Safari Rally, which ended in early retirement.

The 19-year-old son of 2003 WRC champion Petter Solberg has been dovetailing his WRC outings with a WRC2 campaign for Hyundai and is highly rated by the operation.

Hyundai has already secured contact extensions with star drivers Thierry Neuville and Ott Tanak for next year, but the plan for its third entry are yet to be resolved.

This season the car has been shared by Dani Sordo and Craig Breen, the former is yet to secure his WRC future, while the latter has been linked to a move to M-Sport Ford for next year.

Adamo confirmed to Autosport that Solberg has a contract with Hyundai for next season, but was coy when asked about the possibility of the young gun graduating to its WRC squad.

“He has a contract with Hyundai Motorsport for next year, so we will see what he will do,” Adamo told Autosport.

After being pressed further on the likelihood Solberg could feature in the team’s plans, the Hyundai boss revealed that he has made a decision on the future of his young charger. 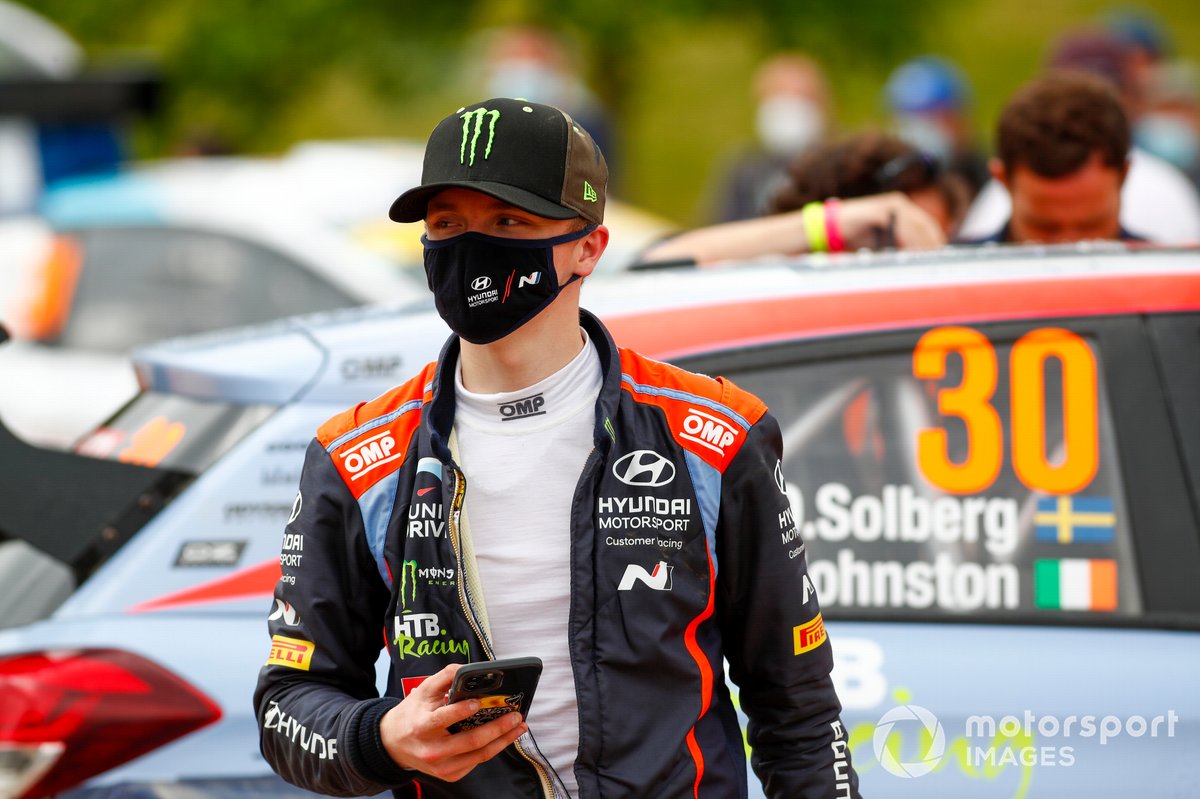 Adamo remained tight-lipped over the future of Breen following the increasing speculation that the Irishman, who scored second place finishes in Estonia and Belgium, could move to M-Sport.

When asked about Breen’s a future and a possible move to M-Sport, Adamo said: "Ask Malcolm [Wilson, M-Sport Ford boss].”

Solberg told Autosport prior to last month’s Rally Ypres that he is yet to know his plans for 2022, but was hopeful there could be a chance for him to graduate to the WRC team.

“For sure it is very early and still planning everything and talking and having discussions. There is still a long way to go.

“I hope so,” he added, when asked if there could be a chance to step up to WRC next year.

“I don’t know, we will see, we will have to ask the boss to see what he thinks.

“It has been a good year with a lot of positives and for sure there is a lot to learn as well.

“I’m at the stage of my career where it is a big learning curve but I think they [Hyundai] see the positives of it, and it is going well and they are very happy with everything. I hope so anyway.”