Citroen will miss the axed Kris Meeke's experience when it comes to set-up and development of its C3 World Rally car, according to Craig Breen

Breen will be joined on Rally Italy by Mads Ostberg, and Citroen is considering keeping the duo on for the remainder of the season.

Meeke was fired by Citroen after crashing out of Rally Portugal with the team explaining its decision was down to an "excessively high amount of crashes."

The five-time world rally winner had been at Citroen for close to five years and worked extensively on the development of the team's current World Rally Car.

"Kris had so much experience of the car and these events and the conditions," Breen told Autosport. "Of course it's going to be more difficult coming to these rallies without that experience - he was a constant reference for everything.

"What's happened has happened in the team, it sounds harsh, but it's not my decision.

"I'll do what I've always done, keep my head down, work hard and stay focused on the task in hand. And this week that task is to score the best possible result for the team in Italy."

Breen has competed on the Italian island twice before but missed any chance of a result with an oil leak on his C3 WRC 12 months ago (pictured competing below). 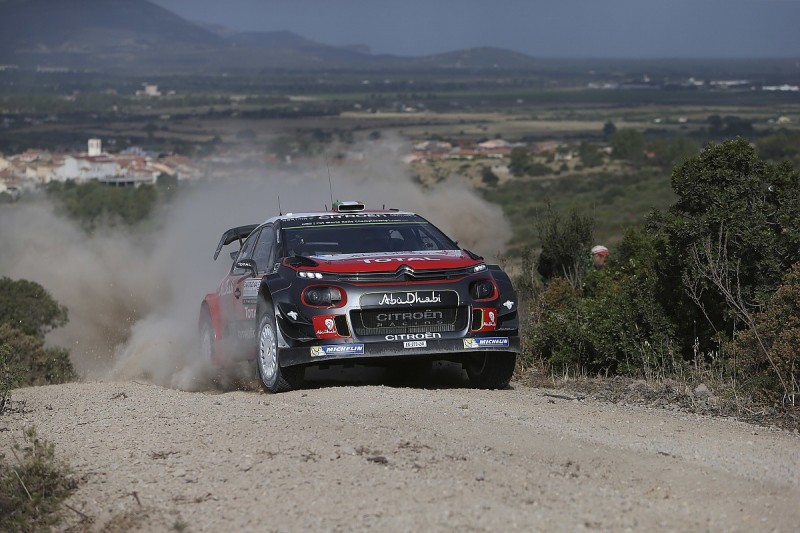 Citroen tested for Rally Italy in Spain last week and Breen was offered the bonus of some Sardinian running last weekend when he tested the C3 R5.

"I've got to be completely honest and say this isn't one of my favourite rallies of the year," he added. "That said, the car has come such a long way since we were here last season - it was fantastic in Portugal and that feeling was there in the test as well.

"The good thing for me is that I start Friday eighth on the road and that's something I can look to use to my advantage.

"And, the route for the event hasn't changed significantly since last season, so the pacenotes Scott [Martin, co-driver] and I made last year will be a great base this week.

"Getting to drive these roads in Sardinia was a bit of a bonus as well. I hadn't driven the R5 car since October last year and the team was keen to get my feedback on how the car had progressed since then.

"I have to say, it felt fantastic. We were on a typically nadgery (loose), tight and twisty road, it was nice to drive."