Andreas Mikkelsen admits that he has had a "nightmare" start to his first full World Rally Championship season with Hyundai, but believes he can put it behind him in Italy

Mikkelsen has struggled to find confidence and grip from his Hyundai i20 Coupe WRC so far this year, but he said last month's Rally of Portugal marked a turning point as he found a transmission set-up in testing that worked for him.

Power steering and engine problems then hampered his rally before he could demonstrate his pace, and he arrives in Sardinia for the next WRC round this week with third in Sweden his only 2018 podium so far and 65 points adrift of his series leading team-mate Thierry Neuville.

"It's been a bit of a nightmare," Mikkelsen told Autosport.

"Finally when I feel I can drive the car then I had the problems [in Portugal], it's a bit frustrating.

"Of course I was pissed off with Portugal and I would like to have had a result, but I'm also a bit relieved because now I have a car that I like." 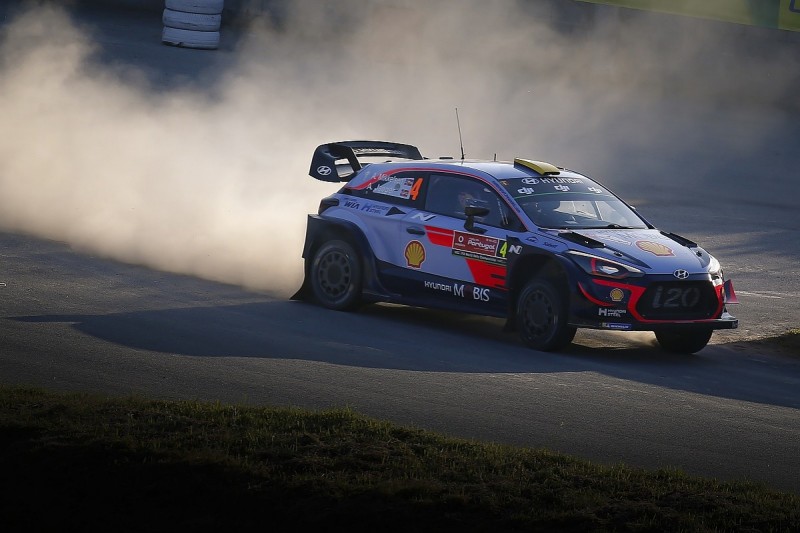 Mikkelsen is confident the set-up changes made for Portugal will work just as well in Italy.

"We worked a lot and made some changes with the set-up in the differentials," he said.

"Before, I struggled to get the front turned in under braking and when I was going to the throttle then I would lose the rear.

"Now I can get the front turned and the rear is more stable; we went softer with the rear and more open on the front [differential].

"I still think there is small room for improvement, but we're going in the right direction.

"Me and Anders [Jaeger, co-driver], we have been frustrated. We think that people think we have lost it, but we just didn't really have the feeling with the car and, at this level, you need to be at one with the car.

"I have been fighting in every corner so far this year, but this will work in Sardinia."

Rally Italy has not previously been the strongest event for Mikkelsen.

He has been off the road six times in eight starts and only finished in the top 10 once, when he posted fourth for Volkswagen in 2014.