Jari-Matti Latvala stopped to clear stones from the Rally Italy stages himself during this week's recce, having retired from the last two World Rally Championship gravel rounds after hitting rocks

Latvala, who set the pace on Thursday's shakedown in Sardinia, damaged the suspension on his Toyota Yaris WRC early in both Mexico and Portugal, and crashed out of the asphalt round in Corsica between those events.

He plans to take a more conservative approach with style and set-up in Italy this week. "What I need here is a clean rally," Latvala told Autosport.

"If I can make a clean rally then I have a chance to make an interesting result. "I have pushed to the side the things that happened in the last two rallies.

"During the recce I was more focused than ever, I was checking the rocks more than ever.

"Normally I never stop on the recce, but in some places I jumped out of the car and was walking and looking at the rocks, even throwing away some stones myself!

"I have been doing everything I can to make it right. The reality is that I have been driving too aggressively and that had to change.

"We have worked with the car a little bit, we will run higher on the ride height - this should help where we find some rougher sections."

Latvala's time on the two-mile shakedown stage was 0.8 seconds faster than second quickest Hayden Paddon, who is back in action after injuring his back in a Portugal crash last month.

"The doctors are happy with the progress I've made over the last couple of weeks," said Paddon.

"It's probably not going to be the most comfortable rally of the season, but I'm sure it's nothing the adrenalin can't cope with." 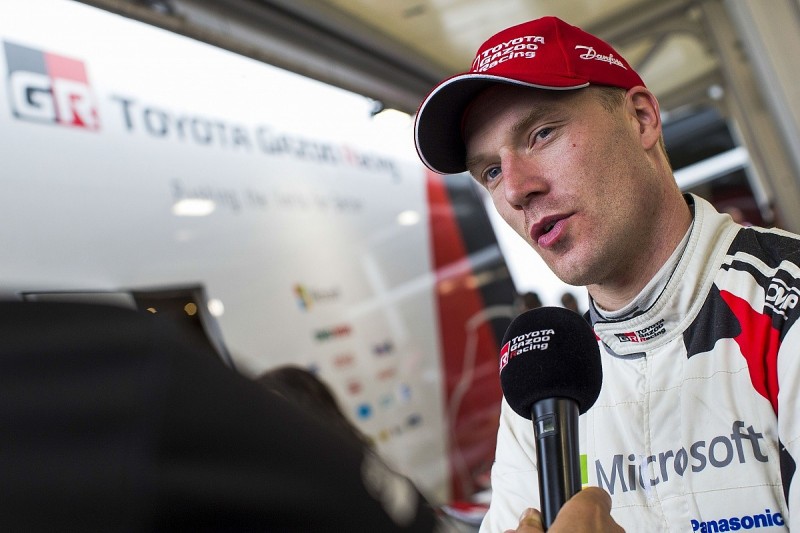 Ogier was one of many drivers caught out by conditions made more slippery by early morning rain.

"When you do a mistake, it's your mistake - you cannot put the blame to anybody else. I didn't adapt to the conditions quickly enough," he said.

"We were forced by the regulations to take the hard tyre at shakedown and, for sure, when it's wet this made our life more difficult."