A strong start to the 2019 season where Ogier's return to Citroen after seven seasons away yielded victories in two of the first three rounds aboard the squad's C3 WRC.

But the partnership has not reached the top step of the podium again since Rally Mexico in March, his second win of the season after Rally Monte Carlo.

In that time, Toyota driver Ott Tanak has taken three wins, gifting him the series lead by 22 points over Ogier, while Hyundai's Thierry Neuville has taken two wins despite trailing Tanak and Ogier in the championship.

Ogier took second behind Neuville on Rally Corsica in April - the last sealed-surface WRC round - and Citroen's team boss Pierre Budar says work done since then including an extensive four-day test should allow Ogier to take the challenge to his rivals. 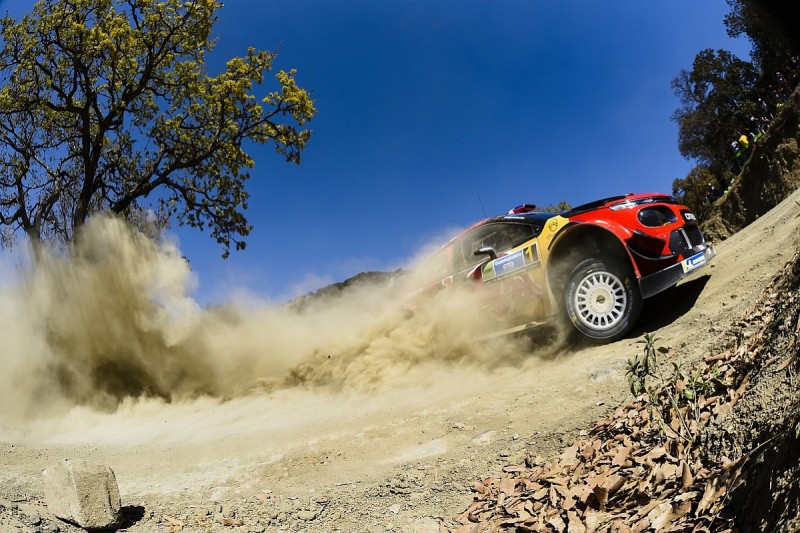 "After our second place in Finland [with Esapekka Lappi], the aim will be to keep up the momentum here at this rather unusual tarmac event," said Budar of Rally Germany.

"We'll be looking to secure at least another podium and also for Sebastien to score as heavily as possible for the championship.

"Since the last tarmac rally in Corsica, we've understood a few things on this surface and have worked incredibly hard to correct the issues.

"I'm therefore hoping that we'll be back towards the top of the leaderboard at this round, especially as it is a rally that we know very well.

"We'll also be introducing an engine upgrade on the C3 WRC at this event."

Ogier added: "My aim coming into this round in Germany, a rally where I have always performed very well, is to secure a good result and shift the momentum a little bit in the championship."

Rally Germany kicks off on Thursday evening, with 19 stages totalling just over 213 miles over the course of the event.

Saturday provides the biggest chunk of the mileage, in the Baumholder military zone, which includes the infamous tank-stopping 'hinkelstein' concrete blocks which have caught some of the WRC's best drivers out.