Citroen's future in the World Rally Championship is under review, with an immediate departure from the series reckoned to be a strong possibility

Citroen returned to the WRC in 2017 after a year away from the series was spent developing the C3 WRC.

Its latest car has been, by some distance, the least successful of the four World Rally Cars it has produced.

Autosport contacted Citroen Racing and parent company PSA Motorsport, but neither was available for comment.

Jackson's own position at Citroen has also come under scrutiny amid suggestions she will be replaced by Mitsubishi's former head of production, Frenchman Vincent Cobee.

Speculation about Citroen's third departure from the WRC in the series' current era intensified with PSA's announcement of a 2022 World Endurance Championship return for sister brand Peugeot on Wednesday.

One source told Autosport: "Citroen is out of rallying again, this is 99% sure." 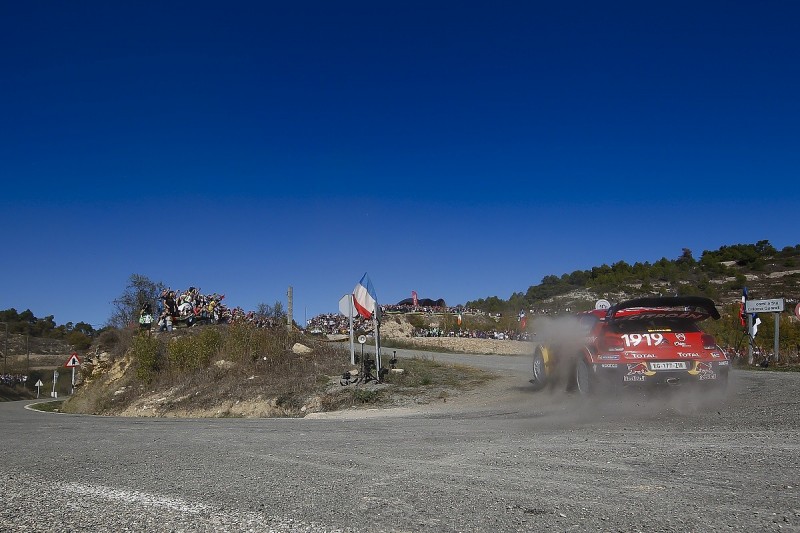 Citroen has run a two-car programme with the focus on Sebastien Ogier's drivers' title defence this season.

The power steering issue that ruled Ogier out of the lead in Spain last month also ended his hopes of a seventh world title.

An engine problem for team-mate Esapekka Lappi compounded the squad's Spanish misery by forcing the Finn into a terminal retirement from the event.

In its three years of competition, the C3 WRC has garnered just six wins from 40 WRC starts.

At the height of its power, Citroen's won 36 of 56 WRC rounds it contested with the C4 WRC.

It also dominated both the drivers' and manufacturers' championships, winning 17 titles between 2003 and 2012 while running Sebastien Loeb as its lead driver.

Citroen's departure from the WRC would leave Ogier clear to join Toyota for next season following newly-crowned champion Ott Tanak's move to Hyundai.

For Lappi, the options are more restricted. He departed Toyota for Citroen 12 months ago and M-Sport Ford would look like his only option.

The agonising situation the WRC faced in Australia