Peugeot has announced plans to return to the top flight of sportscar racing in 2022 with a hypercar programme in the World Endurance Championship.

The firm's parent company PSA issued a brief statement on Wednesday stating its intention to contest the full WEC schedule, including the Le Mans 24 Hours, starting in 2022 with a hybrid-based contender.

Further details are set to be revealed at the start of 2020, although speculation has suggested that ORECA and Rebellion could be involved in the project.

PSA motorsport director Jean-Marc Finot said: "I am very excited at the prospect of channelling the skills and passion of my team into this project.

"It is a new challenge and I know our experts will rise to it with another demonstration of their will to win with teams financed by the [PSA] Group's brands, fuelled by their long experience of top-flight FIA championships and hunger for success." 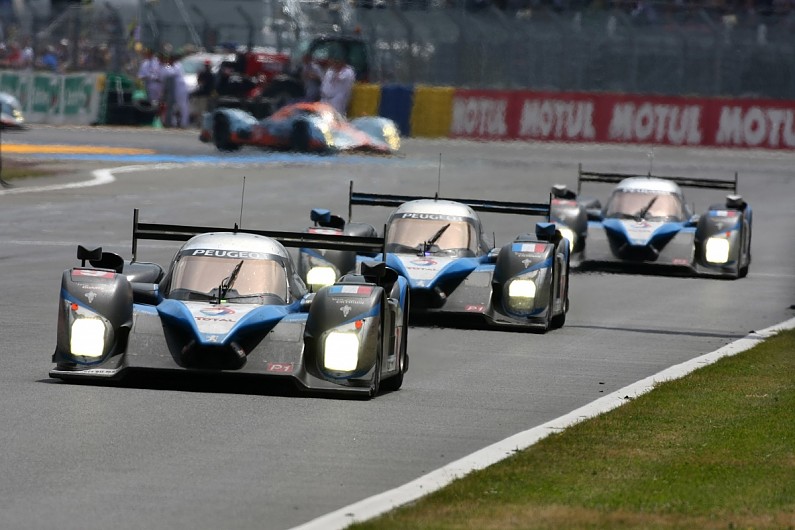 Peugeot last contended for outright Le Mans honours between 2007 and 2011 with its diesel-powered 908 HDi FAP, winning in '09.

It had developed a hybrid version of the car before abruptly cancelling its LMP1 project on the eve of the inaugural WEC season in 2012.

It turned its back on a potential LMP1 return in 2017 in favour of a commitment to the World Rallycross Championship, before it quit that series at the end of the following year, and ended its successful works Dakar Rally programme after the 2018 event.

A Peugeot effort would come as a major boost to the WEC's hypercar ruleset, which up to now had only Toyota and Aston Martin as confirmed participants - although Glickenhaus and ByKolles are also planning to be present for the start of the 2020-21 season.