Ott Tanak has topped the shakedown for Rally Estonia as the World Rally Championship finally returns to action following the COVID-19 hiatus.

Reigning world champion Tanak got off to a flying start to the event on the 6.23km pre-event shakedown stage at Abissaare as the fastest driver through the stage, stopping the clock late in the session with a time of 2m56.8s in his Hyundai i20 WRC.

The local hero for this weekend's action, at an event put together in just two months as part of the much-altered WRC calendar for this year, made only three of a maximum five passes through the stage.

Clearly the work that was completed by his team in the interim had the car dialled in nicely for the rally proper, which opens with a ceremonial start at 18:00 this evening (16:00 UK time), and the opening stage an hour later.

In Tanak's wake came the rest of the WRC field headed by Esapekka Lappi in the M-Sport Ford Fiesta, who clocked a 2m58.3s on his fifth and final run.

Just 0.1 seconds behind the Finn came Toyota's teenage sensation Kalle Rovanpera, who is keen to pick up his debut season with the same pace and confidence that he showed when the season paused six months ago at the shortened Rally Mexico.

Rovanpera was just 0.1s in front of seven-time world champion and current points leader Sebastien Ogier in the sister Toyota with Thierry Neuville fifth, another 0.1s behind for Hyundai. 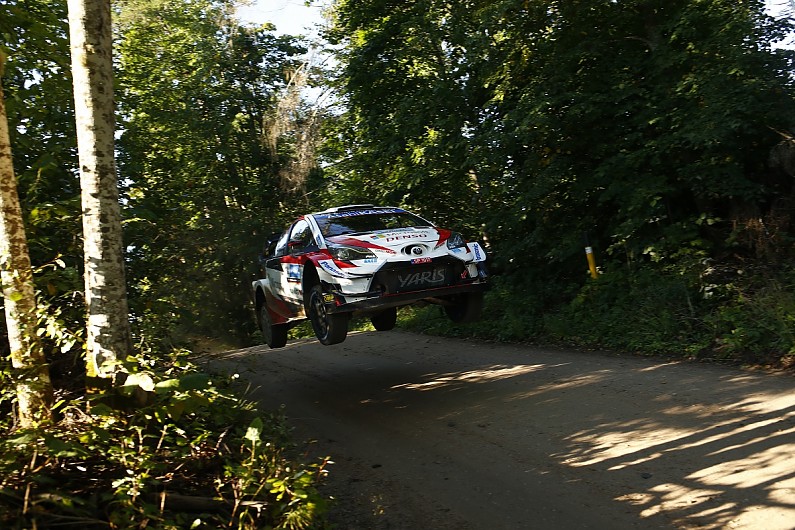 Britain's Elfyn Evans, who led the championship prior to the previous round in Mexico, set the sixth fastest time in his Toyota Yaris, just 0.2s faster than Irishman Craig Breen, who is at the wheel of the third works Hyundai this weekend.

In the WRC2 class, Norwegian veteran Mads Ostberg set the pace, clocking the twelfth fastest time of 3m09.4s at the wheel of his Citroen C3, almost a second clear of the Hyundai pedalled by Ole Christian Veiby.

With three different winners in the opening three rounds of the 2020 World Rally Championship season before the lockdown, Tanak will aim to use home advantage in his bid to become the fourth winner of the year and to bring Hyundai back level with Toyota's two victories to date.