Six-time champion Sebastien Ogier took his first win in the World Rally Championship as a Toyota driver on this weekend's truncated Rally Mexico.

Ogier delivered a commanding performance to join fellow Frenchman Sebastien Loeb as the only six-time winners of the event, elevating him to the top of the championship table, eight points clear of team-mate Elfyn Evans.

The finish arrived early after being shorn of the three scheduled stages on Sunday morning in order to give teams and media time to beat the forthcoming travel shutdown in the USA and Europe as a result of the coronavirus outbreak.

In what transpired to be the final loop of the rally, Ogier maintained sufficient speed on each of the six special stages to take the win by a margin of 27.8 seconds from the Hyundai i20 WRC of 2019 world champion Ott Tanak.

In a hard-fought battle for the runner-up position, Tanak overcame steely resistance from M-Sport driver Teemu Suninen, whose performance at the wheel of his Ford Fiesta WRC was one of the event's highlights.

Sebastien Ogier said of his win: "It's definitely a strange victory for me this weekend... I did not want to race basically and I've been convinced to do it and I've done my job but for me protecting human life should go first and I hope we didn't bring any harm here to our friends in Mexico. 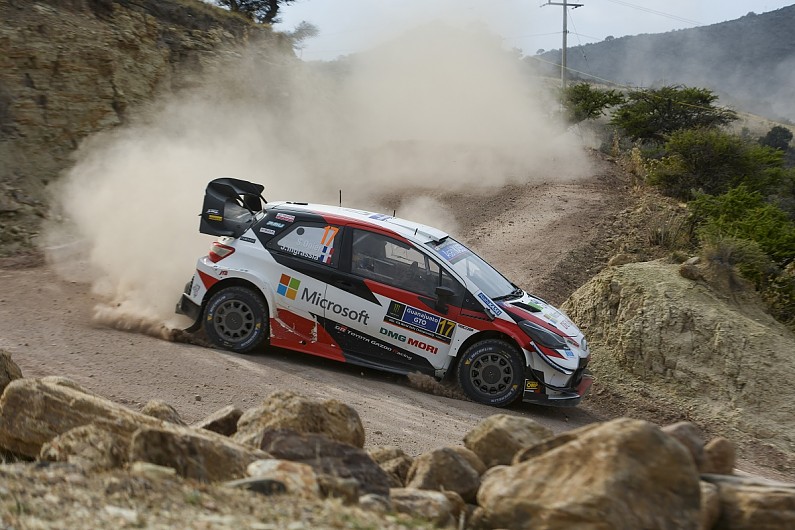 "I think we've done a good race, we've done two good days without any mistakes, pushed when we needed and tried to control the race now up to the end. Mexico remains a big challenge every time and it's still some good points for the championship today."

Behind these three podium finishers, the Toyotas of Britain's Elfyn Evans and rising star Kalle Rovanpera finished in fourth and fifth respectively, after battling through today's stages from less-than-favourable road positions.

Young British driver Gus Greensmith was the sixth WRC car home at the end of only his fifth outing in rallying's top class.

Final classified finisher in the premier class was Hyundai's Thierry Neuville, who restarted after an electrical failure late on Friday.

After a convenient delay led to a more favourable road position for the majority of today's running, the Belgian duly won five of the remaining eight stages, ceding just three fastest times to team-mate Tanak.

In the supporting classes, Sweden's Pontus Tidemund just got his lone Skoda Fabia R5 across the line 2.97s ahead of his closest rival, Hyundai's Russian driver Nikolai Gryazin.

In WRC3, a dominant win fell to Bolivia's Marco Bulacia Wilkinson at the wheel of his Citroen C3 R5.

With the next round, Rally Argentina, postponed in response to the coronavirus pandemic, the next scheduled event will be the Rally Portugal on 21-24 May unless the global health situation continues to impact the WRC calendar.