Ott Tanak leads the World Rally Championship standings for the first time in his career after winning Rally Sweden, scoring maximum points with victory on the powerstage too.

The Toyota driver had established an unassailable lead on Saturday thanks to chief rivals Jari-Matti Latvala and Teemu Suninen both getting stuck in snowbanks, Latvala on Friday evening's running of Torsby and Suninen on Saturday morning - one stage after Tanak had retaken the lead from him.

That left Tanak half a minute ahead and he almost doubled that cushion before backing off to protect his lead.

He picked up the pace for the rally-ending power stage, beating second-fastest Thierry Neuville by 3.5 seconds there to ensure a 30-point score.

Esapekka Lappi survived a late fightback from Neuville to secure second place overall, as the Hyundai driver had reached to within only 0.4s of the Citroen's overall time on the splits midway through the final stage.

But a strong fightback through the fast final section of Torsby allowed Lappi to claw time back, and he secured second by three seconds over the Belgian.

Neuville added four bonus points for his second place on the powerstage to the third place overall he earned by passing his team-mate Andreas Mikkelsen earlier on Sunday. 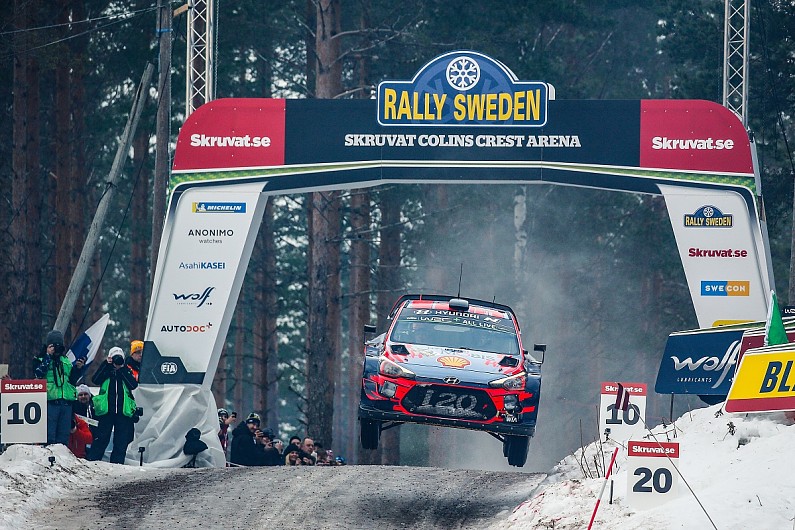 Unlike Neuville, Mikkelsen had only used sets of tyres available to him on Sunday, and could offer little resistance to either Lappi or Neuville. He finished fourth, resisting a late charge from Elfyn Evans - who had finished third on the powerstage. Mikkelsen's final gap to M-Sport's best placed driver in fifth was only 2.8s.

Erstwhile WRC leader Sebastien Ogier crashed into a snowbank on Friday and spent the rest of the weekend biding his time under Rally2 rules and awaiting the powerstage. But he could only manage fourth fastest on the finale.

Kris Meeke had struggled with the lack of snow and ice on many of Rally Sweden's stages amid high ambient temperatures. Seventh placed Sebastien Loeb had been catching him on Saturday but stronger times on Sunday's three stages allowed Meeke to secure sixth overall, 10.9s ahead of the nine-time champion.

Pontus Tidemand's second of two scheduled appearances with M-Sport ended with an eighth place finish. He had been set back on Friday by a throttle sensor issue that caused a small amount of throttle input while braking but was still off the pace compared to his team-mates for the rest of the event. 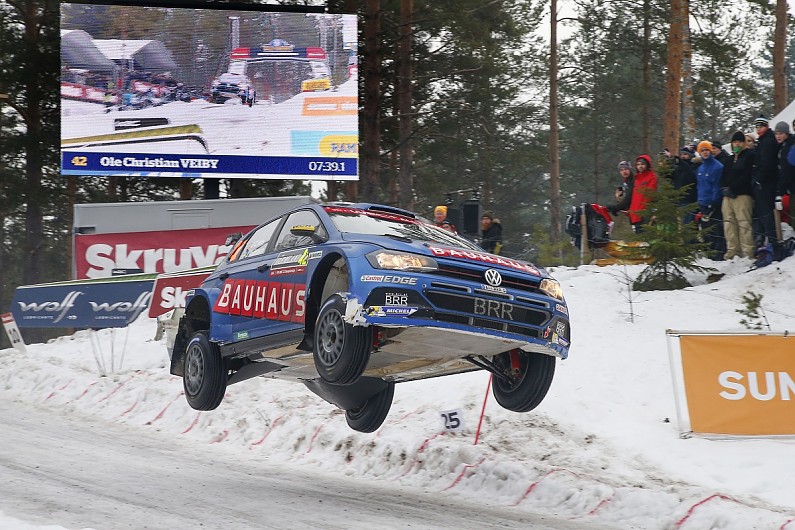 Tuohino, making his first appearance in the WRC's top class since 2006, passed Ostberg on the penultimate Likenas stage and held on through the Torsby finale, beating Ostberg by 3.1s overall.

Marcus Gronholm's WRC return proved disappointing. The double champion crashed his privately-entered Toyota early on Friday and spent the rest of the weekend near the front of the running order having returned under Rally2.