Toyota's team leader Tanak moved into the lead of the rally on stage two and didn't look back, extending his lead to over half a minute on Saturday.

That margin of victory was whittled down to 23.1 seconds at the finish, Tanak saving tyres on Sunday morning for a glory run on the powerstage - which he won to secure a maximum possible haul of 30 points.

Ogier went into Sunday under pressure from Loeb, who had been the fastest driver of all on Saturday, and initially dropped further time on the first pass of Bio Bio to hold only 1.1s in hand over his compatriot.

But the Citroen driver rebounded emphatically with a dominant stage win on Lircay, regaining the time he'd lost one stage earlier and then going second on the powerstage, securing second place by 7.1s and picking up four bonus points.

Despite his strong run on the powerstage Ogier's rally finished in unusual fashion, with the alarm for his fire extinguisher going off during Bio Bio and filling the cockpit with a "very bad smell" that affected his concentration.

His second place and bonus points gives Ogier a 10 point lead over Tanak in the drivers' championship. 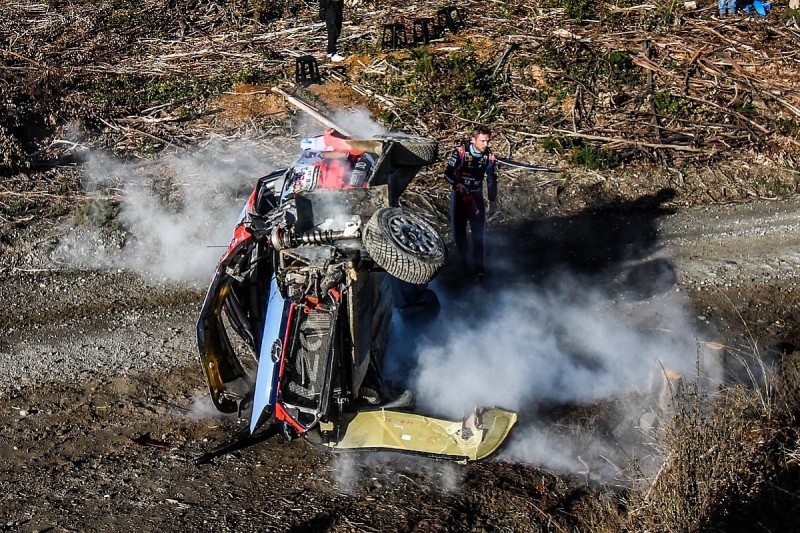 Thierry Neuville had been atop the standings coming into Rally Chile but suffered a dramatic barrel roll on the Maria Las Cruces test on Saturday morning, destroying his Hyundai i20 and leading to a brief check-up in hospital afterwards.

He did not return on Sunday and his no-score drops him to third in the championship, two points behind Tanak.

Loeb was left to fly the flag for Hyundai instead and despite winning the San Nicolas stage, he wasn't able to find the crucial final seconds to usurp Ogier for second, - though he still went fourth fastest on the power stage to pick up two bonus points.

Elfyn Evans wrapped up a trouble-free rally in fourth place, leading home M-Sport team-mate Teemu Suninen by over a minute and a half.

Suninen had faced a challenge from Esapekka Lappi but pegged the Citroen driver throughout the Sunday morning loop, dropping only 0.3s across three stages.

With 10s between them a late position switch was unlikely but any hopes of fifth place for Lappi were extinguished by a spin on the powerstage that cost him around 15s after stalling when attempting a three-point turn to get going again.

Despite the spin Lappi was still a comfortable sixth, with Andreas Mikkelsen in the second Hyundai well behind in seventh.

Kris Meeke was the second best Toyota in eighth place, overcoming WRC 2 Pro winner Kalle Rovanpera for the position on the powerstage and also scoring a solitary bonus point for fifth fastest time there. 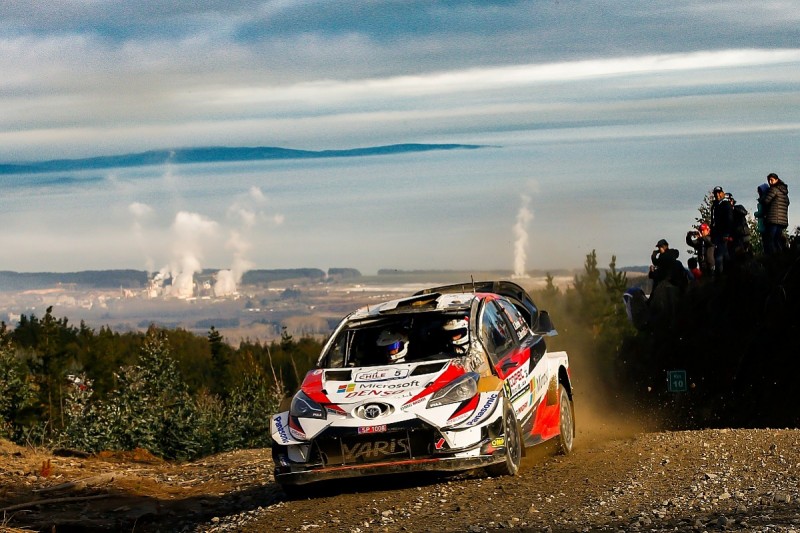 He had lost several minutes on stage seven when he hit a solid object and rolled his Toyota Yaris, going on to complete the Saturday morning loop with no windscreen (pictured above).

Skoda driver Rovanpera won his class by 23.6s from Citroen's Mads Ostberg in 10th overall. Ostberg had been delayed on Saturday morning by his rear brakes leaking fluid.

Jari-Matti Latvala was 11th after returning from retirement on the final stage on Saturday when he hit a rock in a ditch and broke his Yaris WRC's front-left driveshaft.

The Finn still scored three points thanks to going third-fastest on the power stage.