The American has set aside all his other motorsport commitments to focus on landing the FIA title.

"I've never really had the time or the budget to focus on one championship," Block told Autosport. "So to be able to do this with Ford is just the best news for me.

"It really means a lot to be competing for an FIA world title, there's a lot of prestige in there and accomplishing something like that would be huge for me."

Block said Ford had significantly increased its involvement in his programme.

"When I switched from Subaru six years ago, Ford was a sponsor. They gave me some money and told me to go and do what I wanted to do, but this year it's different," he said.

"This time we're getting so much more technical support - they're really working alongside us on this one."

Block's Fiesta will still be prepared by M-Sport and run by his own Hoonigan Racing Division.

He has competed in World RX before, finishing third on his series debut in Norway in 2014.

"There's a lot of competition in World RX," said Block, "and obviously Petter [Solberg] is the guy with the most success.

"I know Petter really well, we come from a similar background of rallying and I'm really looking forward to taking him and the rest of those guys on."

Block's World RX deal is understood to be a multi-year agreement, which means he is unlikely to be seen in rallying in the near future.

"There's not the budget to do stage rallying as well as this," said Block.

"I'll certainly come back to it in the future, but for now I'm stoked to have Ford with me for World Rallycross."

Block will still continue his video work, with his latest Ford Escort Mk II likely to feature in the latest Gymkhana film later this season.

It's impossible not to be enthused by Ken Block. Even with the remnants of a cold hanging over him, the excitement at the start of a new season resonates down the telephone.

And, much as I, the World Rally Championship and Rally America will miss KB this season, it's good for him to get the chance to prove what he can do over the stretch of an FIA-sanctioned season.

Block's love of rallying is well documented, but the cut and thrust of World RX is a good fit. And it's clearly a discipline he's suited to, winning three Global Rallycross rounds last season and showing well on his World RX debut two years ago.

The WRC should watch and learn this year as World RX will, no doubt, make the most out of its new partnership with Block and with Ford.

The American's social media status is second to none in motorsport, and that medium remains an area of significant weakness for the WRC.

It would have been nice to see Ken in a rally car again this year, but the chance to see him aiming 550bhp at the apex of Lydden's Devil's Elbow is, I suppose, not a bad second best. 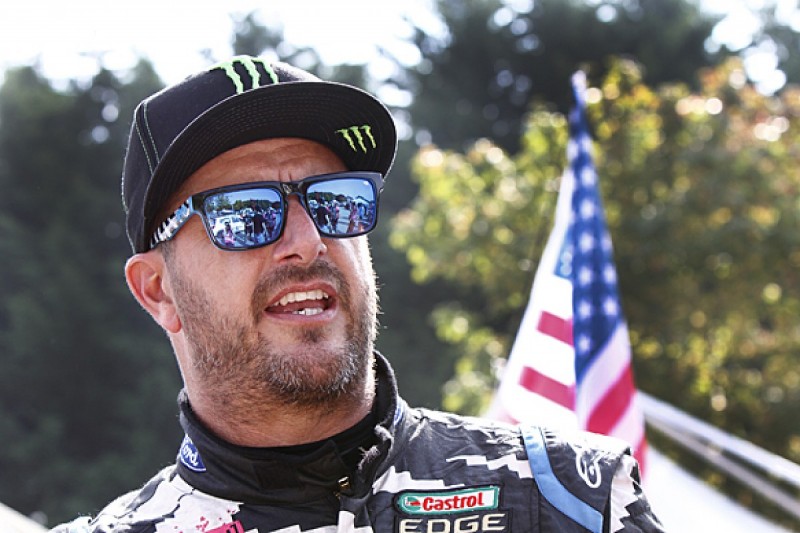