Rally star Ken Block has died following a snowmobile crash at the age of 55.

His death after the crash in Utah was confirmed by his rally team the Hoonigan Racing Division late on Monday, US time.

Block is survived by his wife Lucy and three children.

"It's with our deepest regrets that we can confirm that Ken Block passed away in a snowmobile accident today," read a statement posted to Instagram.

"Ken was a visionary, a pioneer and an icon. And, most importantly, a father and husband. He will be incredibly missed.

"Please respect the family's privacy at this time while they grieve."

The Wasatch County Sheriff's Office, which attended the scene of the crash, also released a statement a short time later.

"On January 2, 2023 at approximately 2pm, the Wasatch County 911 Center received a call reporting a snowmobile accident in the Mill Hollow area," it read.

"Search and Rescue, along with law enforcement from Wasatch County Sheriff’s Office, Utah State Parks and the US Forest Service responded.

"The driver, Kenneth Block, 55-year-old male out of Park City, Utah, was riding a snowmobile on a steep slope when the snowmobile upended, landing on top of him. He was pronounced deceased at the scene from injuries sustained in the accident.

"Mr Block was riding with a group but was alone when the accident occurred. The State Medical Examiner’s Office will determine the official cause of death.

"We are saddened to hear of the loss of Kenneth and our hearts are with his family and friends so deeply affected. We thank all of our first responders for their continued service."

Block, co-founder of DC Shoes, began rallying in his native USA in 2005, initially in the Rally America series.

Within two years he was making cameos in the World Rally Championship, his presence in the WRC growing in 2010 when he signed a deal with Ford to drive for what was initially known as the Monster World Rally Team.

His association with Ford led to Block competing in the Global Rallycross Championship with the team, which was rebranded as Hoonigan Racing Division in 2012.

More recently he has continued to compete in US rallying, narrowly missing out on the 2022 title to Brandon Semenuk. 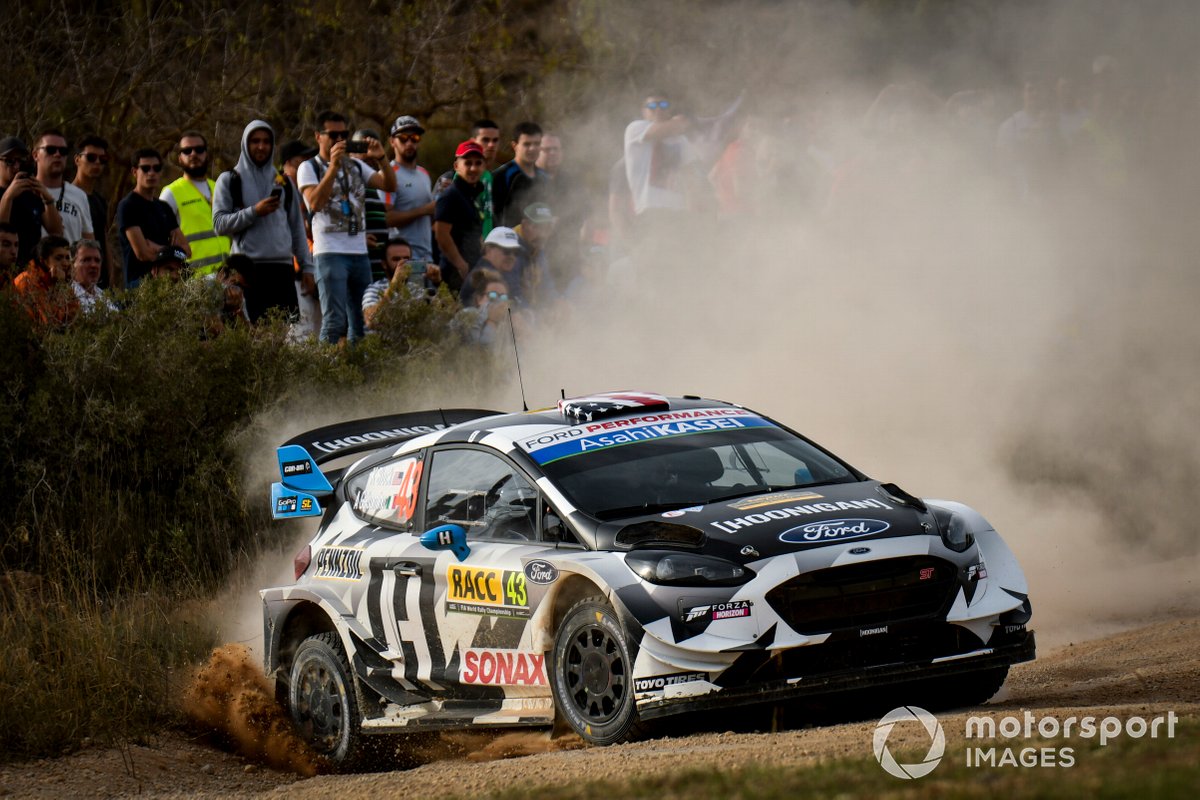 Wife Lucy and daughter Lia also competed at national level in the US last season as part of the Hoonigan outfit.

The driving force behind Block's global stardom, however, was his series of gymkhana videos.

The viral videos, which include wild car builds and high-speed stunts filmed around the world, have amassed well over 500 million views since the first episode launched in 2008.

At the start of 2021 Block announced that Hoonigan would part ways with Ford before a new deal with Audi, focused on high-performance EVs, was confirmed later that year.