Alpine and Glickenhaus split the Toyotas in second free practice for Sunday's Monza round of the World Endurance Championship.

Jose Maria Lopez led the way in the #7 Toyota GR010 Hybrid for the second session in a row, but Nicolas Lapierre in the solo Alpine A480-Gibson and Olivier Pla in the #708 Glickenhaus 007 LMH took second and third in the times ahead of the #8 Toyota.

Lopez found more a second and a half over his session one best with a 1m36.864s set right at the start of the 90-minute Saturday morning session. That put the Argentinian nearly nine tenths up on team-mate Brendon Hartley, who posted a 1m37.738s in the #8 Toyota entry.

Pla subsequently got between the Toyotas with a 1m37.601s before the Alpine, which did not run for the first 20 minutes, jumped to second courtesy of a 1m37.591s from Lapierre.

The respective times from Alpine and Glickenhaus left them further from the ultimate pace than in FP1.

Lapierre was only a tenth and a half behind Lopez on Friday, while Romain Dumas's best for Glickenhaus in the #709 entry was a further half a second back.

Hartley's early FP2 lap stood as the #8 Toyota's session best and left the car fourth in the final classification, while the second Glickenhaus ended up fifth on a 1m38.051s from Richard Westbrook.

The United Autosports ORECA was less than a tenth behind courtesy of Filipe Albuquerque's 1m38.620s, ahead of the best of the JOTA cars, the #38 ORECA, DragonSpeed and WRT. 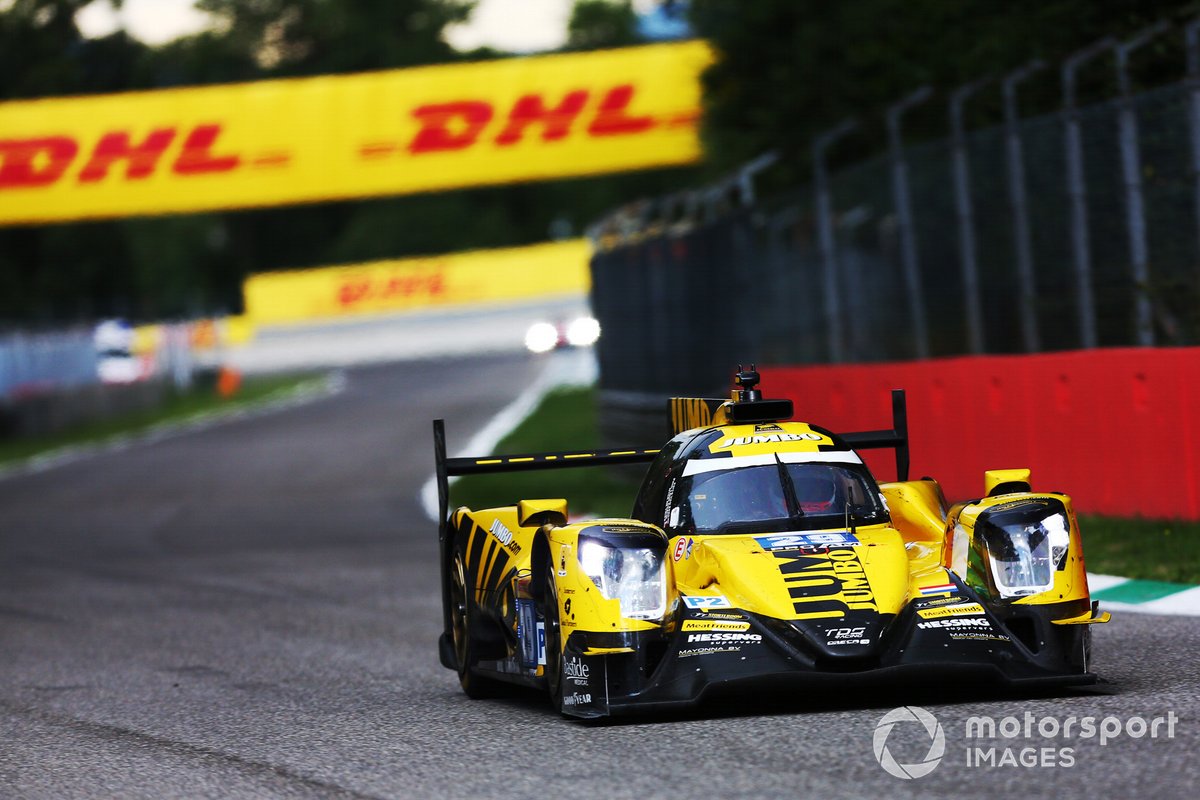 Kevin Estre led the way in GTE Pro for Porsche, despite a 5kg increase in minimum weight for the German manufacturer's 911 RSR-19 for Monza under the Balance of Performance.

The 1m45.590s the Frenchman set right at the start of the session was more than six tenths up on Alessandro Pier Guidi's 1m46.255s in the best of the AF Corse-run factory Ferrari 488 GTE Evos.

The second of the AF Ferraris shared by Daniel Serra and Miguel Molina was a further tenth back, while the #91 Porsche of Richard Lietz and Gianmaria Bruni brought up the rear pf the GTE Pro pack.

GTE Am was led by Francesco Castellacci in the best of the AF Corse-run Ferraris.