Toyota blocked out the top two positions in final free practice for Sunday's Monza round of the World Endurance Championship.

Jose Maria Lopez maintained his monopoly of the top spot in the times aboard the #7 Toyota GR010 HYBRID with a 1m36.137s set during a qualification simulation right at the start of the one-hour session.

Brendon Hartley ended up a second slower with a 1m37.208s after encountering traffic at the first chicane on the opening lap of his qualifying sim.

That still put the Kiwi nearly half a second up on the third-placed Glickenhaus-Pipo 007 LMH.

The second Glickenhaus was a further two tenths back with a 1m38.009s set by Romain Dumas.

Stoffel Vandoorne ended up quickest in LMP2 aboard the fastest of the British Jota team's pair of ORECA-Gibson 07s.

The Belgian's 1m38.910s was two tenths quicker than Filipe Albuquerque's 1m39.126s aboard the United Autosports ORECA. 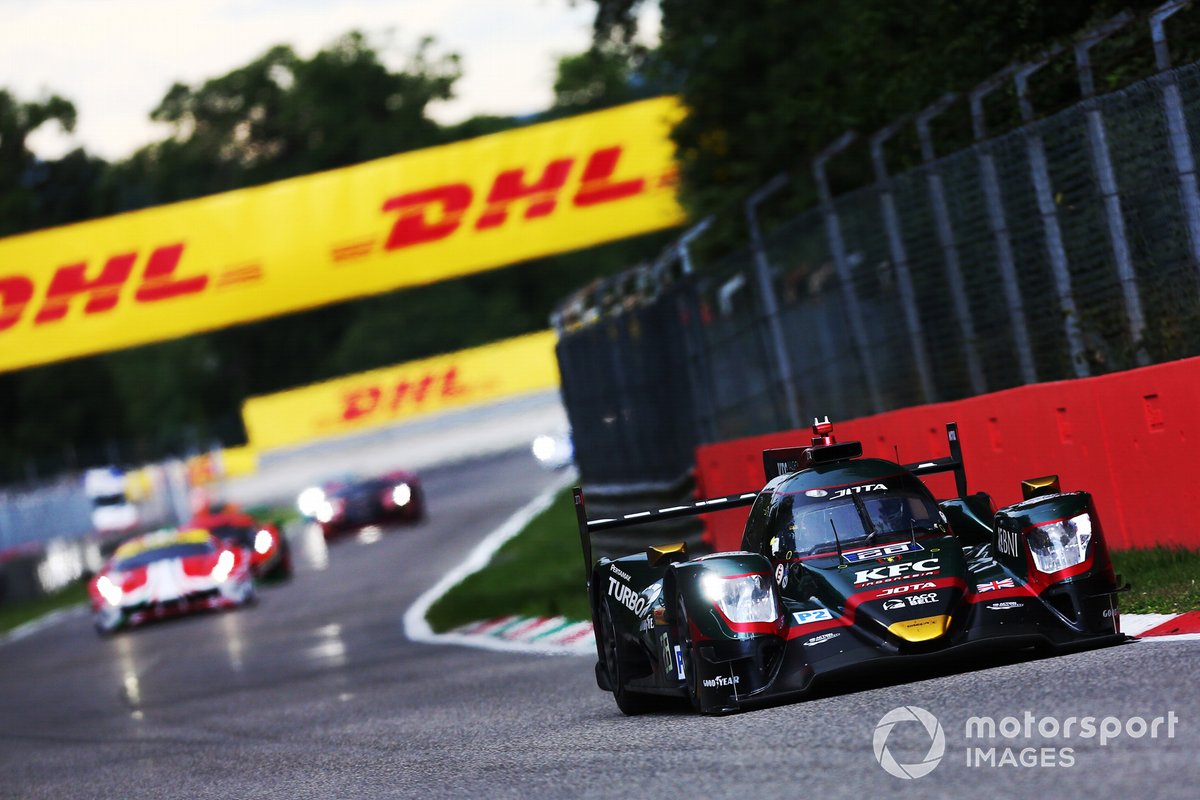 Felipe Nasr took third position in the Risi Competizone team's ORECA with a 1m39.211s, while Ben Hanley claimed fourth for DragonSpeed on 1m39.273s.

Gianmaria Bruni was quickest on home ground for Porsche in GTE Pro. The Italian's 1m46.253s lap in the #91 Porsche 911 RSR was more than three tenths up on second-placed Alessandro Pier Guidi.

Neel Jani took fourth in the second of the works Porsches.

Ferrari factory driver Nicklas Nielsen was quickest in GTE Am for AF Corse.

Two cars failed to take part in the final session of practice after incidents in Saturday's morning session.

The #60 Iron Lynx GTE Am Ferrari driven by Claudio Schiavoni triggered a three-car incident on the run to the Ascari Chicane after the chequered flag had fallen in FP2.

The Inception Racing Ferrari went off at Ascari earlier in the second session with Brendan Iribe at the wheel and has been withdrawn from the race.

Qualifying for Sunday's Monza 6 Hours, round three of the 2021 WEC, begins at 6pm local time.

Monza WEC: Toyota locks out front row ahead of Alpine