Toyota blocked out the top two positions in the opening session of free practice on home ground at Fuji for this weekend’s penultimate round of the FIA World Endurance Championship.

Sebastien Buemi led the way in the 90-minute FP1 session with a 1m31.171s aboard the #8 Toyota GR010 Hybrid, which gave him a margin of two tenths over Mike Conway’s 1m31.418s in the second of the Japanese manufacturer’s Le Mans Hypercars.

The best of the Peugeot 9X8 LMHs ended up only a couple of hundredths behind the #7 Toyota, James Rossiter setting a 1m31.439s to take third position in the times.

The fastest times in the Hypercar class were set at the start of the session, while Paul di Resta in fourth place aboard the second Peugeot posted the car’s best lap of 1m31.738s after taking over from Mikkel Jensen.

The Alpine A480, which won last time out at Monza in July, brought up the rear of a class that numbers just five cars in the absence of Glickenhaus.

Nicolas Lapierre’s 1m32.556s in the grandfathered LMP1 car left it more than a second off the pace after pre-event Balance of Performance changes, which have reduced the power of the Alpine and lowered the minimum weights of the LMH cars.

The LMP2 field was led by the Pro/Am-entered AF Corse ORECA 07 in which Nicklas Nielsen set a 1m32.624s at the start of the session.

That gave him a margin of a shade more than a tenth over the two United Autosports ORECAs, which set identical times in the hands of Alex Lynn and Filipe Albuquerque. Lynn posted his 1m32.866s lap first, so was classified second in class.

Ferrari was on top in the opening practice session in GTE Pro, James Calado leading the way in the best of the two AF Corse-run 488 GTE Evos. 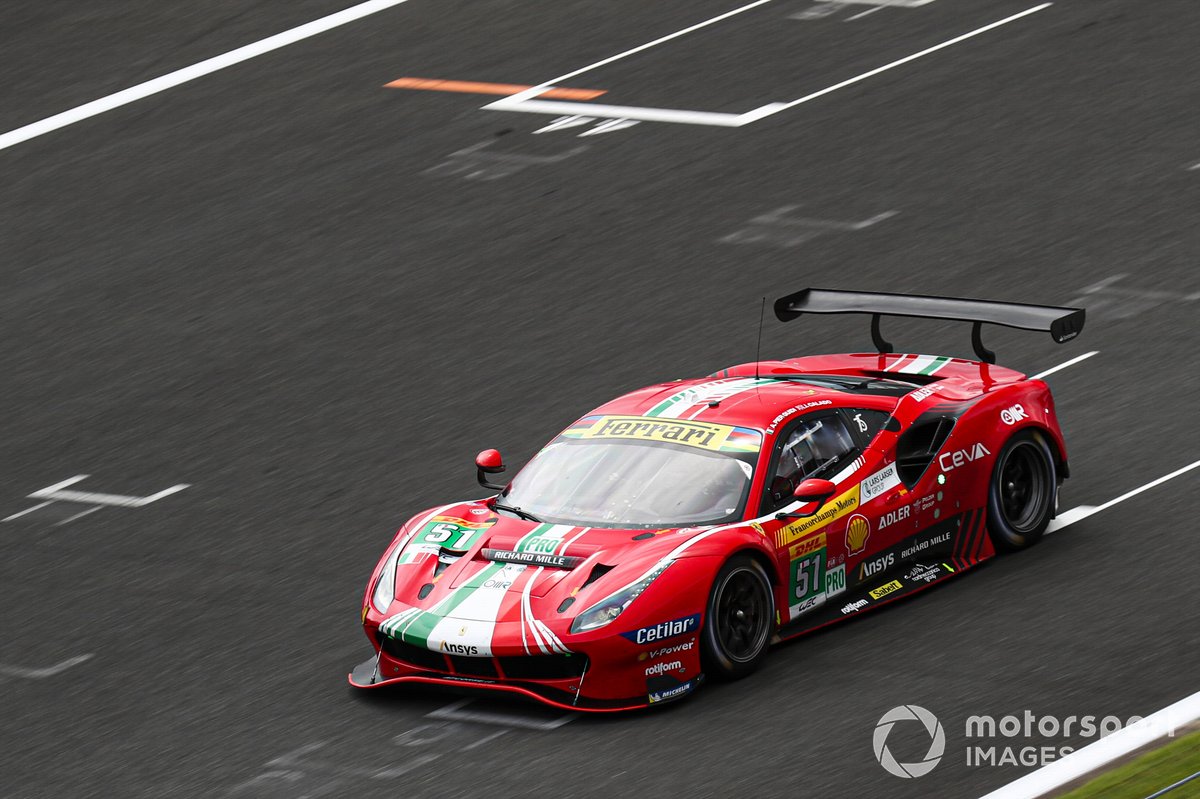 Richard Lietz was close behind in the second of the Manthey-run Porsches on 1m37.962s, while Antonio Fuoco was within four tenths of the pace in fourth position with a 1m38.121s in the second AF Ferrari.

The solo Corvette C8.R ended up more than a second off the pace after being hit with a 10kg increase in minimum weight under the BoP for Fuji. A 1m38.829s from Nick Tandy stood as the best time from the American car.

Matteo Cairoli took the top spot in GTE Am by just three thousandths of a second aboard the fastest of the two Project 1 Porsches.