Toyota hasn’t ruled out using team orders in this weekend’s Fuji World Endurance Championship round in its bid to beat Alpine to the drivers’ title.

Mike Conway, Kamui Kobayashi and Jose Maria Lopez, who share the sister #7 GR010 Hybrid, are 30 points behind with only 65 points still up for grabs.

The points differential between the two Toyota crews raises the prospect that the manufacturer may opt to prioritise the #8 car at Fuji to give itself the best possible chance of contending for the title heading to the Bahrain season finale in November.

Asked by Autosport whether such a move was on the table, Toyota Gazoo Racing Europe technical director Pascal Vasselon replied: “It’s something we never plan in advance. We will decide that during the race according to the circumstances.

“This kind of decision, to swap cars, we will take during the race.”

Conway admitted after finishing third last time out at Monza, where Alpine scored its second win of the season, that the championship is looking “a bit bleak” for the #7 crew.

“Bahrain is worth more points [38 for a win instead of 25] but we need a bit of help with the Alpine or the sister [#8] car having trouble,” Conway told Autosport.

“At some point, [team orders] will happen, if we need to secure the drivers’ championship. At the moment there have been no discussions, but I’m sure it will come in time.” 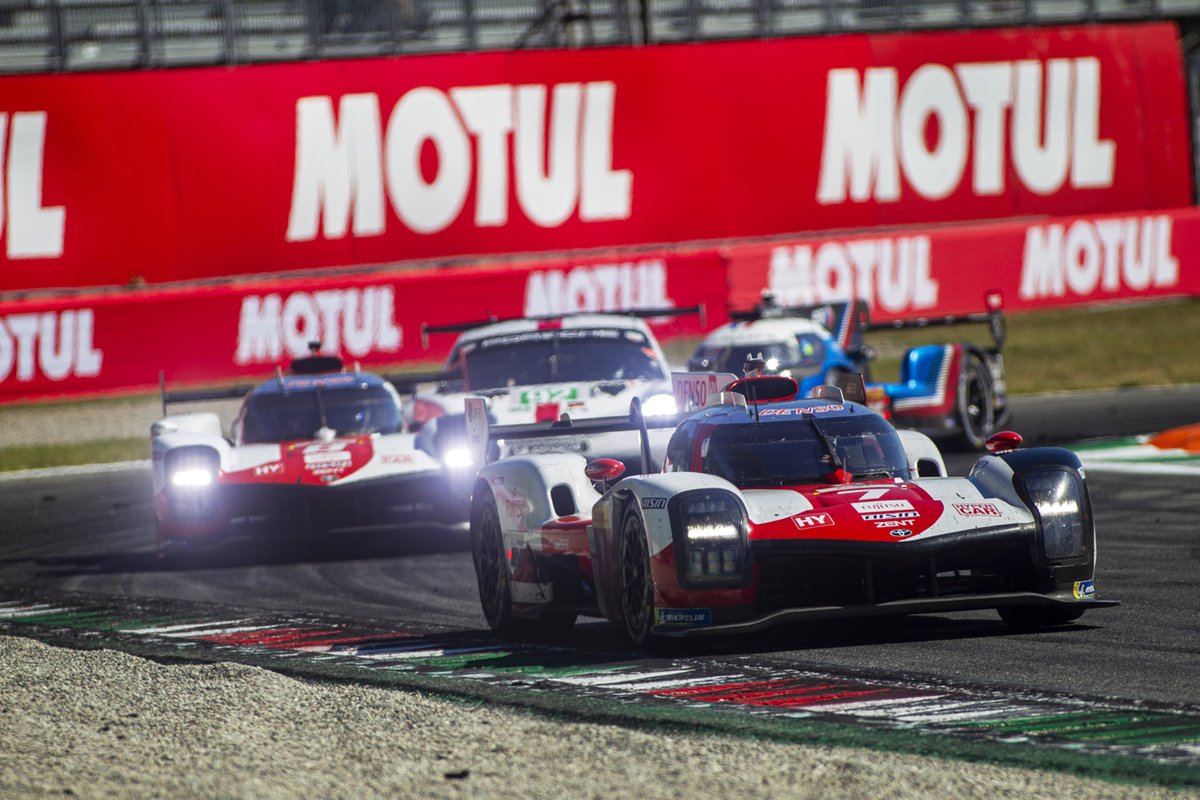 Could the #7 Toyota be ordered to finish behind its sister crew?

Hartley added that he felt any decision to swap the two Toyotas to help the #8 crew’s title bid “would depend on the circumstances, where we are relative to Alpine”.

BoP change “less than what it looks like on paper”

Alpine comes to Fuji having taken a significant power reduction compared to the previous race at Monza, with its Gibson-powered A480 grandfathered LMP1 now running at 403kW (540bhp).

Toyota and Peugeot have also had their respective cars' minimum weights reduced by 17kg, while the weight of the Alpine remains unchanged.

However, Hartley believes that the change won’t prove too significant in terms of the competitive order as he feels Fuji’s technical second and third sectors will still allow Alpine to claw back the ground that it loses along the straights.

“The change is less than what it looks like on paper,” the Kiwi driver told Autosport.

“Alpine were very quick at Monza which in theory shouldn’t be such a good track for them.

“Just by the characteristics of the track, Alpine should be much faster at Fuji than they would be at Monza because they have more downforce and less weight. They would have had a big advantage, so I think most of the change is just to counter that.

“[At Monza] we already had a bit of an advantage on initial acceleration and the top speed wasn’t too dissimilar, but they were much faster in the corners. So now there’ll be a bigger gap in a straight line but they should in theory be much faster in the final sector.”