The British team co-owned by McLaren Racing boss Zak Brown has confirmed an increase in its WEC presence at the same time as announcing that 2019/20 WEC champion Filipe Albuquerque will remain with the team for a sixth season in 2022.

The latest news follows United's announcement last week that it has signed American teenager Josh Pierson, who at the age of 16 is set to become the youngest driver ever to compete in the Le Mans 24 Hours WEC round next June.

United outlined an ambition last winter to field increase its presence in the WEC from one to two cars, but ultimately failed to put together a deal for a second full-season ORECA-Gibson 07.

Team principal Richard Dean said: "I'm thrilled to be able to confirm we are going to enter two ORECA LMP2 cars into the WEC next year, with Filipe in one car and our recently announced driver, Josh Pierson in the other.

"We want to demonstrate that we can run two competitive cars and gear up to do that well over a number of years in whatever category we are racing in."

The last comment can be interpreted as a reference to United's aspirations to run an LMDh programme in the WEC when the new category arrives in 2023 and forge close links with a manufacturer."

Dean added that re-signing Albuquerque for the WEC "sets the tone for a competitive car".

"The joint success we have had together since Filipe joined us in 2017 has been amazing," he explained. 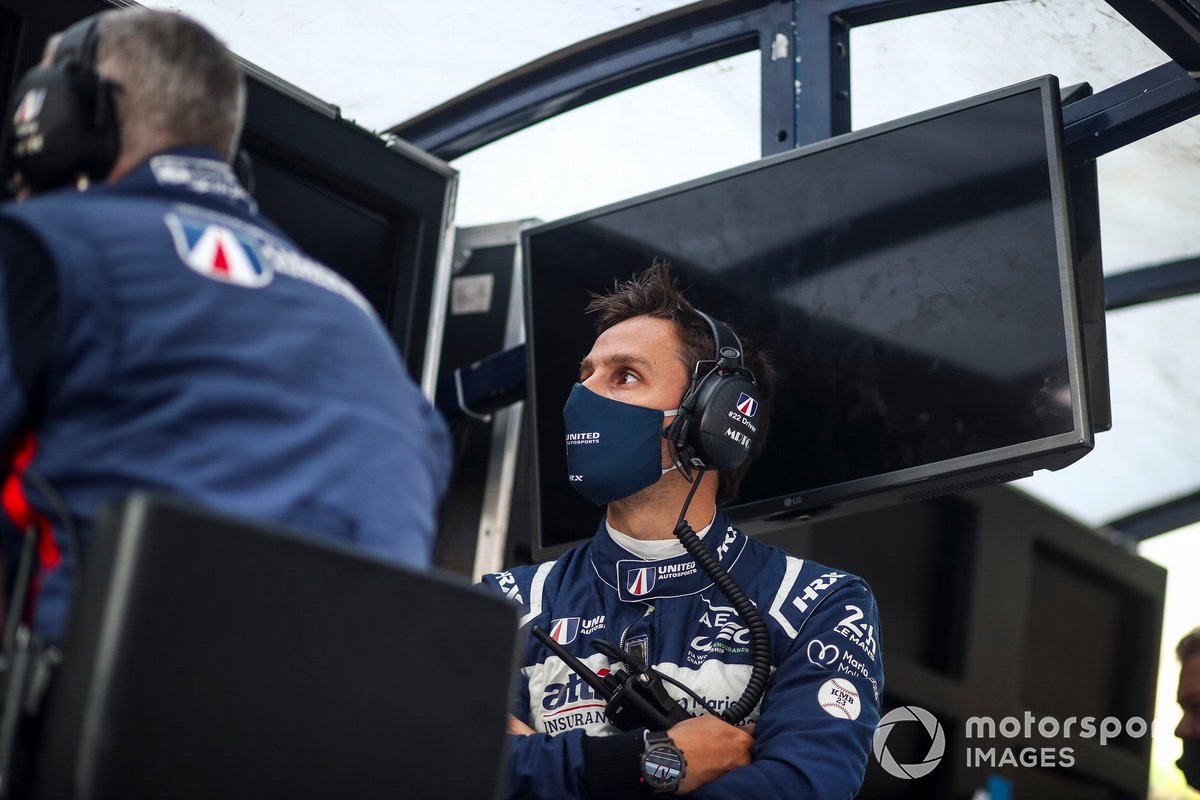 "It’s crazy to think he’s been racing with us for that long, but we have had so much success together, it made sense to continue that relationship."

Albuquerque, who is racing in the WEC this season with 2019/20 co-champion Phil Hanson and Fabio Scherer, said he is "super-happy" to have re-signed for team with which he also won the European Le Mans Series in 2020 and has scored a total of 14 race victories.

"United is the team I’ve been with the longest in my career, which says a lot," said the Portuguese driver, who is dovetailing his WEC programme in 2020 with an assault on the IMSA Sportscar Championship with the Wayne Taylor Acura team.

"It makes sense for us to continue together: we know each other so well, and every year it feels more and more like a family.

"I want to thank Richard and Zak for the trust they have shown in me — I can’t wait to continue into 2022 going for more wins.”

United has yet to reveal team-mates for either of its first two signings for 2022.

Dean revealed that the team is in negotiations with Hanson to continue a relationship dating back to 2018 when he was paired with Albuquerque in the ELMS.

"Obviously I want to sign Phil and get the deal done," he said.

"He is now performing at a level very close to Filipe."

It entered a one-off entry for Paul di Resta, Alex Lynn and Wayne Boyd alongside its full-season WEC ORECA and one with a line-up made up of drivers from its two-car 2021 ELMS assault.