That put the Porsche a shade over two tenths up on the best of the Toyota TS050 Hybrids in which Sebastien Buemi posted a 1m41.816s right at the start of the 90 minutes.

Neel Jani was less than a tenth behind in the second Porsche on a 1m41.896s, while Mike Conway took fourth in the final Toyota on 1m41.979s.

Porsche is running its high-downforce 919 for the first time after opting to field its cars with aerodynamics developed for the Le Mans 24 Hours at the Silverstone and Spa WEC rounds in April and May respectively.

Bruno Senna led the way in LMP2 for the Rebellion team, posting an early class best of 1m47.717s in his ORECA-Gibson 07.

No one was able to get within half a second of his time, Pierre Thiriet ending up more than six tenths back aboard the G-Drive Racing ORECA. 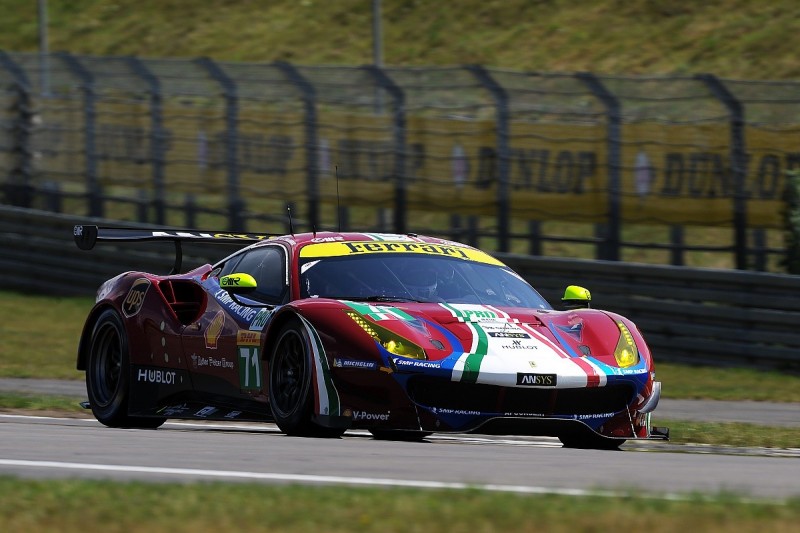 Alessandro Pier Guidi was third fastest in the second of the two AF factory cars.

The fastest of the Ganassi Ford GTs, which have received a 20g penalty for this race under the new automatic Balance of Performance system, took fourth in Olivier Pla's hands.

The two Aston Martin Vantages brought up the rear of the GTE Pro field despite receive a weight break and getting a larger diameter engine air-restrictor for this race.

Matteo Cairoli was fastest in GTE Am for the Dempsey Proton Porsche squad.