The joint submission by Riley, one of the leading chassis suppliers in the Tudor United SportsCar Championship's Prototype class (pictured above), and Multimatic Motorsports was awarded the spot reserved for a North American organisation when the four constructors allowed to build cars for the category from 2017 were revealed on Thursday.

The firm was announced alongside Dallara, ORECA and Onroak Automotive.

Riley Tech boss Bill Riley told AUTOSPORT: "We wanted to make sure that we had a global presence, and teaming up with Multimatic allows us to have that — they have a big facility in the UK and offices all over the world."

The tender process included stipulations about providing "quality back-up in Asia and throughout the world" for its chassis.

Riley explained the link-up with Multimatic Motorsport, whose parent company is a major automotive engineering conglomerate, would help his company to achieve that.

Multimatic, which is masterminding Ford's return to the Le Mans 24 Hours next year in the GTE class, already has a working relationship with Riley: it undertook simulation work on Riley's Dodge/SRT Viper GT cars; and also provided dampers through Dynamic Suspensions for the USC GT Le Mans title-winning car in 2014.

Riley revealed that the design would be led from his organisation's headquarters in Mooresville, North Carolina and that Multimatic would have a major input into the design of the monocoque.

"We also believe that we will produce a better car by working together," he said.

Multimatic will also be responsible for the manufacturer of the majority of the composites parts of the car.

Design work has not extended beyond the concept stage, according to Riley.

"We didn't want to jinx our chances by starting before we got the deal; we really weren't sure because one of the other constructors could have filed their submission as a US constructor [Dallara and ORECA both have bases in the US]," he explained.

"But my dad [Bob Riley, who designed a line of Indianapolis 500-winning Coyotes for AJ Foyt] couldn't help himself and has already been doing some concept work.

"The plan is to keep it in the drawing office as long as possible, because that way you end up with a better car."

The new car will be known as a Riley and its type number will be the MkXXX as the 30th project in the history of the company and its forebear, Riley & Scott.

...Multimatic built the aluminium chassis for the Lola B2K/40 SR2 prototype of the early 2000s? 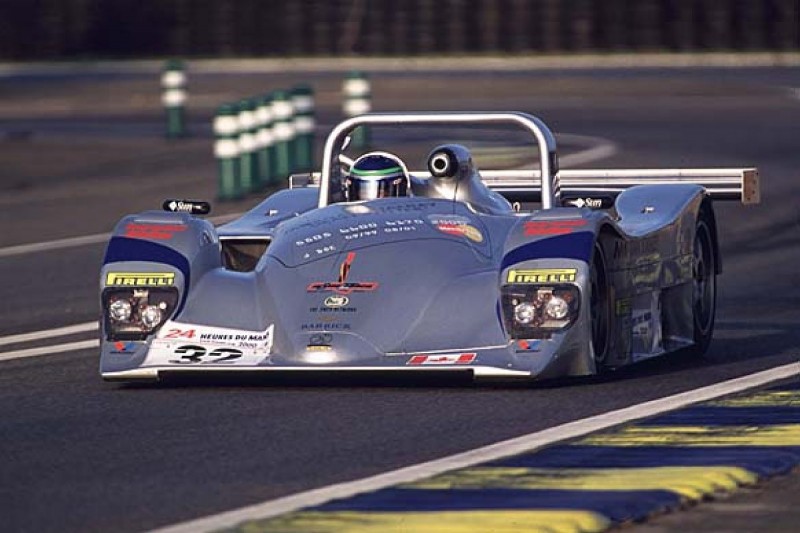