The Project 1 Porsche team has withdrawn from Spa's opening round of the FIA World Endurance Championship after crashes for both its 911 RSR-19s.

The German squad lost its #46 entry during the pre-season Prologue test at Spa earlier this week after a crash for Norwegian series debutante Anders Buchardt at Les Combes, which forced the entry he shares with Dennis Olsen and Axcil Jefferies to be withdrawn prior to the weekend.

The team's remaining car, the #56 Porsche shared by Egidio Perfetti, Matteo Cairoli and Riccardo Pera, was then heavily damaged in a massive crash during qualifying on Friday.

Following a red flag for a crash by fellow Am class Porsche driver Christian Ried (Dempsey-Proton Competition), Norwegian Perfetti lost control at Raidillon on his outlap and clouted the barrier to cause another stoppage.

Perfetti managed to exit the car unaided, but the team has confirmed the car cannot be repaired in time for Saturday's six-hour race.

"We worked hard and tried everything, but the bottom line is: #56 is not participating in the FIA WEC 6h Spa," the team said in a statement.

"Spa is an unforgiving track and this year it was unforgiving at its best. To lose both cars within a week is a hard pill to swallow for everyone." 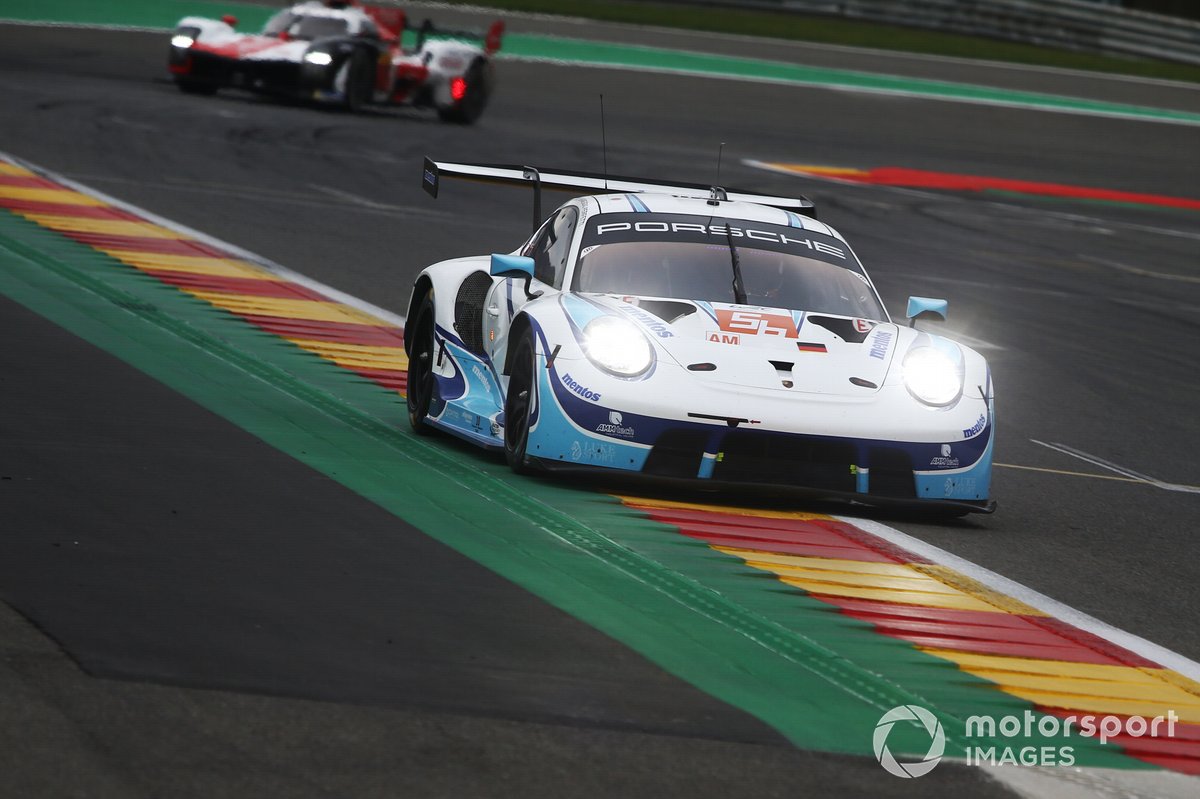 Ried's Porsche also sustained significant damage in his earlier crash, but after an overnight rebuild the Proton team principal and team-mates Jaxon Evans and Matt Campbell will be able to take the start.

Ben Keating, who also crashed during the Prologue, took GTE Am pole in the #33 TF Sport Aston Martin Vantage he shares with Felipe Fraga and Dylan Pereira.

The third Aston in the GTE Am class, the #777 TF Sport entry of Satoshi Hoshino, Tomonobu Fujii and Andrew Watson, had all its laptimes deleted due to track limits violations by Hoshino and will start from the rear of the grid.

The WEC Spa 6 Hours starts on Saturday May 1 at 1.30pm CET and will be streamed live on Motorsport.tv.