The non-hybrid LMP1 will be the first car fully designed and constructed in-house by Strakka.

It has yet to agree an engine supply deal.

Strakka is competing in LMP2 this season with the S103 chassis, which it co-developed with Japanese firm Dome.

But with the ACO limiting LMP2 supply to just four manufacturers from 2017, Strakka felt the privateer LMP1 category offered the most freedom for development.

Strakka Racing team principal Dan Walmsley said: "The 2017 regulation changes meant we had to evaluate our current business strategy and seriously look at projects that would enable us to draw on the experiences we have from our LMP2 car.

"The privateer LMP1-L class offers the best arena to create our own car, which we will use to showcase our growing knowledge of design and manufacturing processes to build a cost-effective car in the shortest timeframe.

"This is another step forward for Strakka Racing to become a sustainable motorsports business."

As part of the plans the team will reassign its Strakka-Dome S102 chassis to become a development mule for the LMP1 project and will switch to running a Gibson 015S LMP2 chassis for the remainder of this year's WEC plus the 2016 season.

Walmsley added that pulling out of the world championship was never on the cards despite the decision to switch development to a new programme.

Strakka did not race during 2013 while it focused on the LMP2 partnership with Dome, but has largely struggled for results so far this year. Its best finish was third in class at the season opening Six Hours of Silverstone.

"We learnt our lesson in 2013 not to stop racing while we develop a car," added Walmsley.

"We have sourced the Gibson to use for the balance of this season. It's a competitive car that allows us to keep racing while we use the S103 for test and development work in parallel."

Strakka will test the new Gibson in late July, ahead of the next FIA WEC round at the Nurburgring on August 30.

Team founder Nick Leventis added: "It's going to be tight to have the car at the Nurburgring test at the end of July, and it's another car we'll have to learn.

"But we've shown in the last 18 months that we're always up for a challenge."

...Strakka has competed in LMP1 before. The team's first foray into prototype racing came in 2009 when it bought a customer Ginetta-Zytek GZ09S chassis to compete in the Le Mans Series.

The season was a struggle against the manufacturer teams and the team switched to LMP2 for 2010.

It won the LMP2 class of Le Mans in 2010, finishing fifth overall, which at the time established a record for the highest ever LMP2 finish at the 24 Hours. Jota Sport equalled that in 2014.

Strakka also latterly ran a HPD machine in LMP1 in 2012. The team withdrew after three rounds of the 2013 season to concentrate on its LMP2 project alongside Dome. 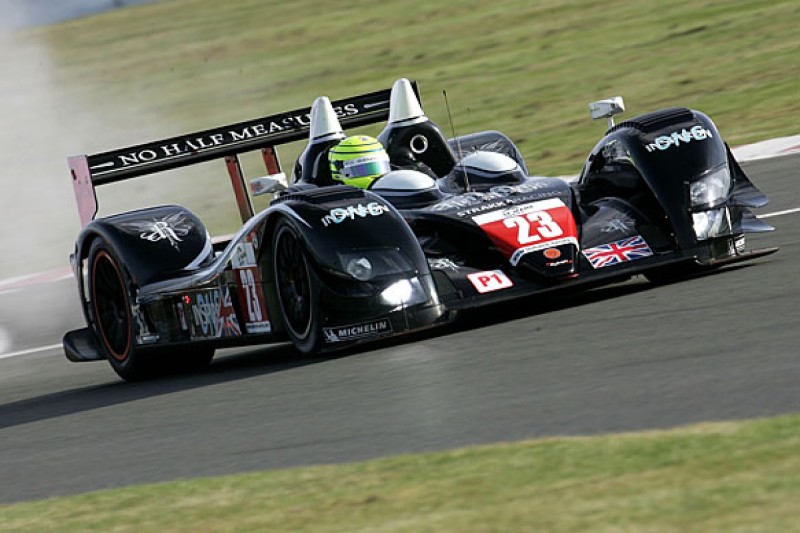