Duval and di Grassi ended up with a 1m25.069s average aboard the #8 Audi R18 e-tron quattro, which gave them pole ahead of Porsche drivers Neel Jani and Marc Lieb by just 0.042 seconds.

Frenchman Duval had been third after the first runs behind team-mate Andre Lotterer and Jani.

Brazilian di Grassi then set the second fastest lap of the session to vault the #8 Audi ahead of its sister car and the Porsche, which ended up on a 1m25.111s.

Di Grassi, who has never previously been on pole in the WEC, said: "This track is amazing to drive on a pole lap - it was extremely difficult to nail it."

Duval's last pole came in his WEC championship year in 2013 with Allan McNish. He admitted to making a mistake on his first lap and then being too careful in the stadium sequence on his second.

The second-placed Porsche 919 Hybrid had been nearly three tenths ahead of the Audi after the first runs, but di Grassi's 1m24.838s lap eclipsed Lieb's best by a shade more than three tenths.

Lotterer set the best time of the session with a 1m24.763s but co-driver Marcel Fassler's first flying lap left the #7 car only fourth.

The Swiss then improved after a red flag by nearly a second to demote the second Porsche qualified by Brendon Hartley and Mark Webber to fourth.

The two Toyota TS050 HYBRIDs ended up fifth and sixth.

A 1m26.960s average for Sebastien Buemi and Kazuki Nakajima left them nine tenths off the pace.

Mike Conway and Kamui Kobayashi were a further two tenths down in the second car. 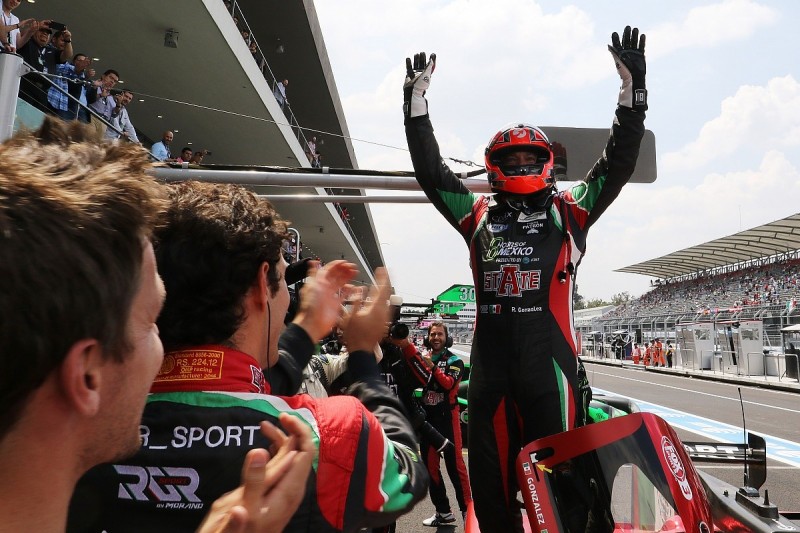 Senna had been nearly a second faster than closest rival Gustavo Menezes in the Signatech Alpine ORECA-Nissan 05 after the first runs.

Nicolas Lapierre closed the gap in the Signatech car, but his improvement only brought it to within fourth tenths of the RGR duo's 1m35.485 average.

Sorensen had trailed team-mate Richie Stanaway in the sister Vantage GTE by a tenth, but Thiim was able to outpace Darren Turner to the tune of three tenths.

That gave the Danish duo the pole with a two-lap average of 1m40.458s.

Factory Ferrari drivers Gianmaria Bruni and James Calado were four tenths back in third in the best of the AF Corse 488 GTEs.

Pedro Lamy and Paul Dalla Lana took a third class pole of the season in GTE Am aboard their Aston Martin before their car lost its times for a rideheight infringement.

That promoted the Abu Dhabi-Proton Porsche 911 RSR qualified by Patrick Long and Khaled Al Qubaisi to the class pole.