Ginetta has decided to abandon the Mecachrome single-turbo V6 that powered the pair of G60-LT-P1s on their race debut at the Le Mans 24 Hours WEC round in June in favour of the AER twin-turbo P60B unit.

This counts as a model change, which means dispensation is required from the FIA's Endurance Committee.

An application must be made one month in advance of the start of the event at which the new model will make its race debut and Ginetta was unable to meet this deadline ahead of the August 19 Silverstone event.

Manor sporting director Graeme Lowdon told Autosport: "We can't ignore the regulations; there are strict timelines laid down and we understand the need for them."

A statement from Ginetta announcing that the cars would miss Silverstone only cited "circumstances beyond its control" for the absence.

It read: "Ginetta is hugely disappointed by this outcome, as the manufacturer had ensured everything was in place to deliver a competitive car ready for the manufacturer and team's home race.

"This included a change of engine in order to provide the additional power that was missing on the G60-LT-P1's competitive debut at Le Mans."

Lowdon added he was confident that the switch to the AER engine, which also powers SMP Racing's BR Engineering BR1s, would result in an upturn in competitiveness for the Ginetta.

"We believe that the change to the AER engine will offer a significant performance step," he said.

"The feedback we have got from the drivers is that there is a lot of potential in the chassis, so we are hoping that this will unlock that.

"The switch is a positive statement of intent by Ginetta and we trust in their decision."

Lowdon confirmed a Ginetta powered by an AER engine had yet to test, but insisted that the team would be present at the following WEC round at Fuji in October.

The majority of the freight is due to leave for Japan by sea immediately after Silverstone, but there is an air freight package for cars subsequent to that.

Lowdon said in the immediate aftermath of Le Mans that the financial issues that had prevented the team, which competes under the CEFC TRSM Racing banner, from taking part in the race at the Spa WEC opener were behind it. 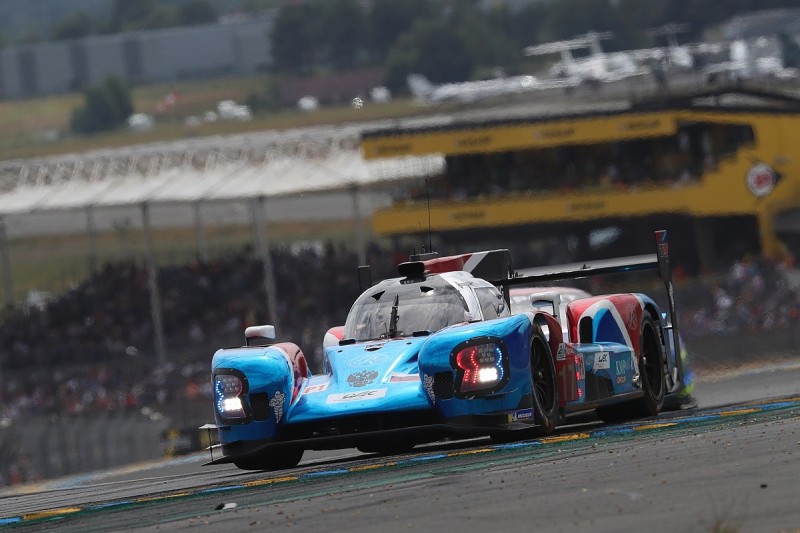 The SMP squad will run just two drivers in its #17 entry at Silverstone.

Issakyan and Viktor Shaytar will do likewise in the four-hour ELMS race on the Saturday, while Orudzhev focuses on the WEC.

IndyCar driver Rene Binder is listed to drive the ByKolles team's ENSO CLM-Nissan P1/01 alongside Oliver Webb and will test the latest high-downforce version of the car at Spa next week.