The 29-year-old Italian has been named as part of a six-strong squad for Ferrari’s two entries in the Hypercar class alongside five regulars from its GT roster.

Giovinazzi, who raced for Alfa Romeo in F1 from 2019 to 2021, will drive the #51 499P in the seven-round WEC together with 2022 WEC GTE Pro champions Alessandro Pier Guidi and James Calado.

The sister #50 entry will be crewed by Miguel Molina, Antonio Fuoco and Nicklas Nielsen when the 2023 WEC begins with the Sebring 1000 Miles in March.

Giovinazzi’s only previous race start in a factory Ferrari came at the 2018 Le Mans 24 Hours aboard a 488 GTE Evo shared with Toni Vilander and Pipo Derani when the works AF Corse team entered an additional car.

His prototype experience stretches to five starts in LMP2 across the WEC, the European Le Mans Series and its Asian equivalent in which he scored two victories in 2015/16.

Giovinazzi, who is moving into sportscars full time after a season in Formula E with the Dragon/Penske squad, said: “The 499P’s debut will be a defining moment in the history of the Prancing Horse, and it will be a big honour for me to be part of this extraordinary moment.

“We know we have a great responsibility to meet with much humility, but we are aware of our strength and ready for this huge challenge”.

Antonello Coletta described naming the crews for the two 499P as the “last step” in the preparations for Ferrari’s return to the prototype ranks as a factory for the first time in 50 years. 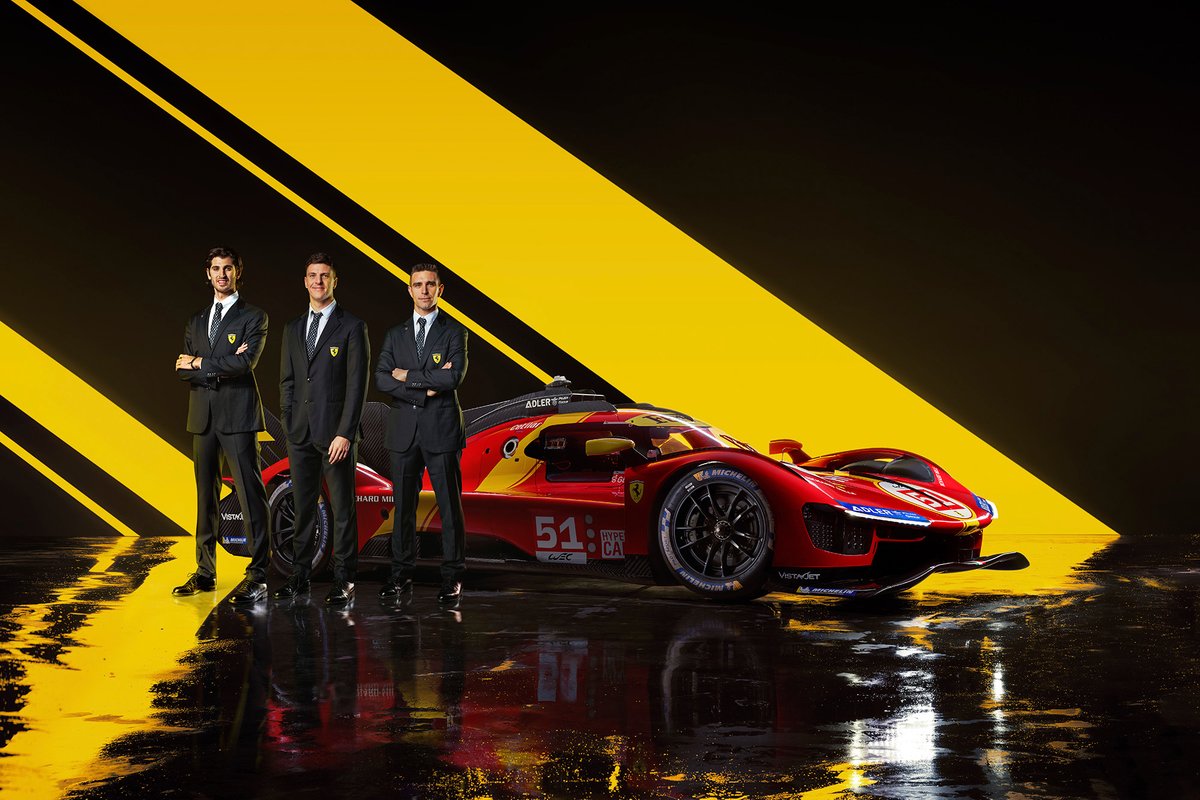 “Since the 499P’s first shakedown in July, we have worked non-stop involving the drivers of the Ferrari family,” he said.

“The decision regarding our chosen drivers relates not only to the races we will contest, but also to the growth that will continue during the championship.

“We are very clear about what we can ask of them concerning development and consistency, not just speed”.

The announcement of Giovinazzi follows statements from Coletta that Ferrari would pick the line-ups for its LMH from drivers already under contract to the marque.

“I am happy with the drivers we have; I don’t think we need to make any changes,” he said in September.

“We have a big family of drivers at Ferrari, a big bag to chose from.”

This was widely interpreted that the six would be chosen from its existing squad of GT drivers, who have undertaken the majority of the testing with the 499P since its roll-out at Ferrari’s Fiorano test track.

Pier Guidi and Calado will remain together for a sixth season in a partnership that has already yielded three WEC titles in GTE Pro.

Davide Rigon and Alessio Rovera have missed out on spots in the LMH squad along with Daniel Serra, who is understood not to have tested the car.